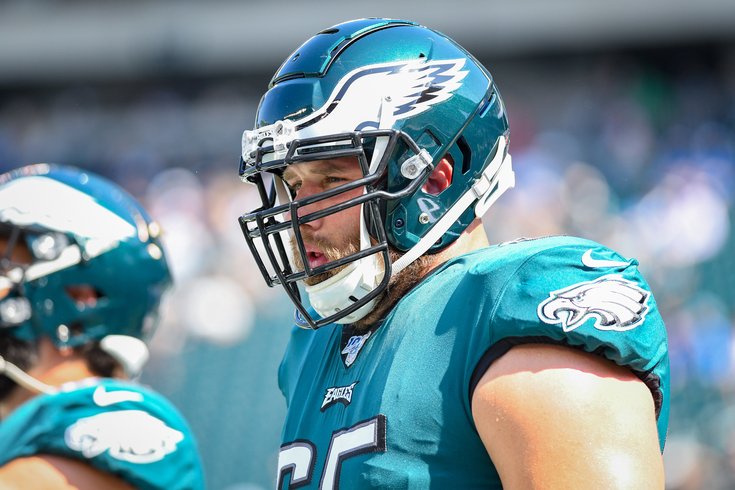 UPDATE [10 p.m.] — If the Eagles find a way to come back down 17-3 to the Giants, it will have to be without Lane Johnson and Alshon Jeffery, two superstar offensive players who exited the first half with injuries Monday night.

Injury Update: WR Alshon Jeffery and T Lane Johnson are out for the game.

The snake-bitten Eagles continue to lose valuable players as they try and scratch and claw their way to a probably undeserved (if they advance) playoff berth.

In the second quarter of Monday night's game against the Giants, a hit to Carson Wentz took Lane Johnson's leg along with it, and the right tackle writhed in pain on the field before the Eagles were forced to punt trailing by a touchdown.

He went to the medical tent where his lower leg was evaluated.

Adding injury to injury, Alshon Jeffery was injured earlier and has yet to return from a foot injury; he is listed as questionable. It was a non-contact injury on a play that had Wentz scrambling and pass-catchers improvising.

Jeffery was carted off the field into the locker room leaving the Eagles with just two healthy receivers — rookie J.J. Arcega-Whiteside and recent practice squad guy Greg Ward, who entered the game with 13 combined career catches — as the team decided, for some reason, it made sense to only dress three of them.

Check back for updates as the game progresses.