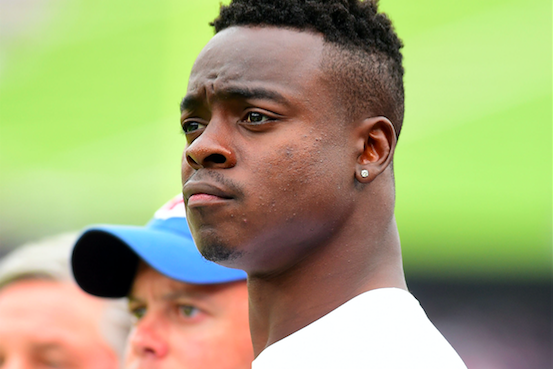 Jeremy Maclin will serve as the honorary captain for the Philadelphia Eagles when they take on the New York Jets on Sunday, Oct. 6, 2019. Maclin spent the first six seasons of his career in Philadelphia before his retirement earlier this year.

This will be the first time that Maclin, who retired earlier this year, returns to Lincoln Financial Field.

Maclin spent six seasons in Philadelphia after he was selected in the first round of the 2009 draft. After a career year in 2014, when Maclin posted 1,318 receiving yards and 10 touchdowns, Andy Reid's Kansas City Chiefs signed him away from the Eagles in free agency. He finished his career in Baltimore in 2017.

In anticipation of Sunday's game, Maclin wrote a letter to Philadelphia fans that was posted on the Eagles website this week. At the time of his retirement, he wrote a lengthy "thank you" letter to the many people who shaped his career.

Maclin said he expects his appearance back in South Philly will be emotional.

For starters, I still love the game of football. It’s just unfortunate that I couldn’t go out the way that I wanted to, but I’m not able to play at the level that I’m accustomed to because of my chronic hamstring injury. But that’s what I signed up for when I decided to play this game for a living.

The other reason is that it’s Philly. Philly just gives you that feeling. It’s going to be the first time I’m back at Lincoln Financial Field since I left, and that place is special. It holds a special place in my heart and always will.

Maclin was always a tough and sure-handed player who fought productively through numerous health issues during the course of his career.

He can expect a massive ovation from Eagles fans this Sunday.