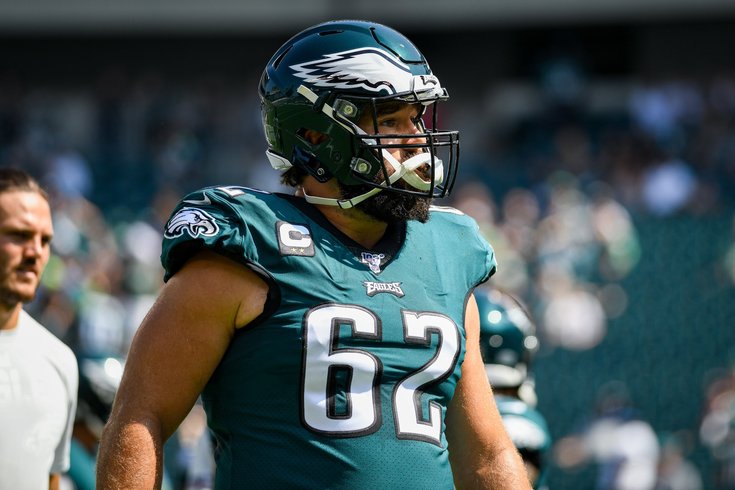 Just a day after Jason Kelce was excused from practice, the Philadelphia Eagles center and his wife, Kylie, announced the birth of their first child, a girl, on Thursday.

Wyatt Elizabeth Kelce was born Wednesday. She weighed 8 pounds and 6 ounces. Jason and Kylie each posted photos of newest member of their family in separate Instagram posts.

MORE: Here's why your next beer at a Philly brewery might be more expensive

The Eagles center posted the news on his account with a photo of Kylie smiling and newborn Wyatt on her chest. He wrote, "Chunked up the Deuces on her way out. Wyatt Elizabeth Kelce. 10/2/2019. 8lbs 6 oz," presumably a reference to Wyatt's tiny hand gesture.

Shortly after, Kylie posted two more photos of her daughter to her account, noting Wyatt's delivery was induced.  "And just like that, with a whole lot of patience and then some pitcocin, Wyatt Elizabeth Kelce entered the world."

And just like that, with a whole lot of patience and then some pitocin, Wyatt Elizabeth Kelce entered the world.

Jason was excused from practice Wednesday. It is not clear if he will play against the New York Jets at Lincoln Financial Field on Sunday.

Kelce became a Philadelphia legend for his impassioned Super Bowl speech delivered from the steps of the art museum during the Eagles victory parade. Kelce was drafted by the Eagles in 2011 from the University of Cincinnati, where he played left guard and center.

The Kelce's married in April 2018 in a ceremony held at the Logan Hotel in Rittenhouse.