As of Tuesday, some Pennsylvania breweries will pass along a "beer tax" on beverages sold where they're made 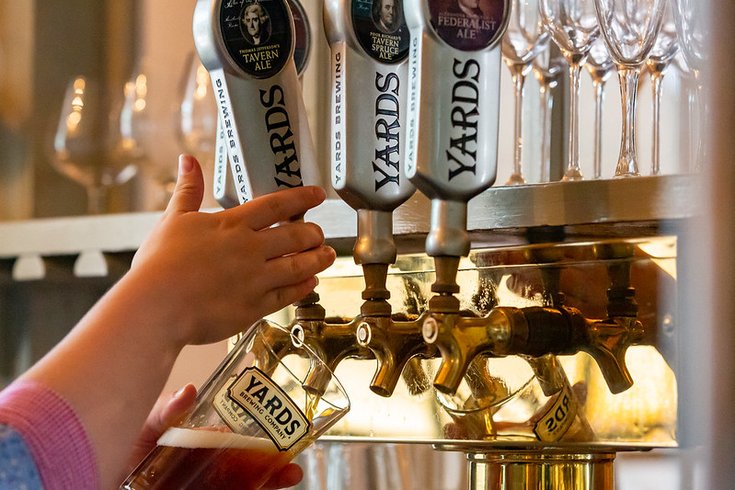 Pennsylvania is now levying a tax effecting beer sold directly to customers by breweries, like Yards, whose taps are shown above. The tax went into effect Oct. 1, 2019.

A new tax imposed on Pennsylvania breweries is raising the toll for selling beer where it's made across the state, which means that extra cost could end up on your tab.

As of Tuesday, a "use tax" is being imposed on breweries that make malt or brewed beverages that are sold for both in-house or to-go consumers.

MORE NEWS: The Philadelphia Eagles' TikTok has all the behind-the-scenes locker room content you need

The tax is levied on 25% of a brewery's retail sales, and that total is multiplied by the local sales tax. In Philadelphia — which has an extra 2% sales, use, and hotel occupancy tax added to the state's 6% sales tax — that means brewers will now pay 2% to Pennsylvania for every beer sold at their breweries and taprooms.

Officials imposed the tax to level the playing field among restaurants, pubs, and brewpubs — all of which were being taxed differently. Restaurants and bars pay a sales tax in Pennsylvania when they purchase beer wholesale, while breweries pay a $2.48 tax per barrel to the state and do not pay a tax on sales to distributors.

The Pittsburgh Post-Gazette reported some brewers are raising prices on customers to account for the extra cost, at about a quarter for each beer or $1 for every case. The law does not require brewers to put the tax as a line item on receipts and it also does not require that brewers raise prices for consumers.

But it may be too early to account for how business owners will grapple with the extra tax, as negotiations only began in January 2019 and went into effect on Oct. 1. CEO of Philly's beer giant Yards, Trevor Pritchett, said that for now, his brewery will keep prices where they are and absorb the costs.

Evil Genius co-owner Trevor Hayward said the brewery would not be raising its prices either, as it already revised beer costs once this year — the first time the Fishtown brewery has done so since it opened two years ago.

"All this new tax is going to do is prevent PA breweries from reinvesting in more jobs, equipment, and ways to expand their businesses," Hayward said in an email.