Their account has more than 227,000 followers and gets thousands of likes 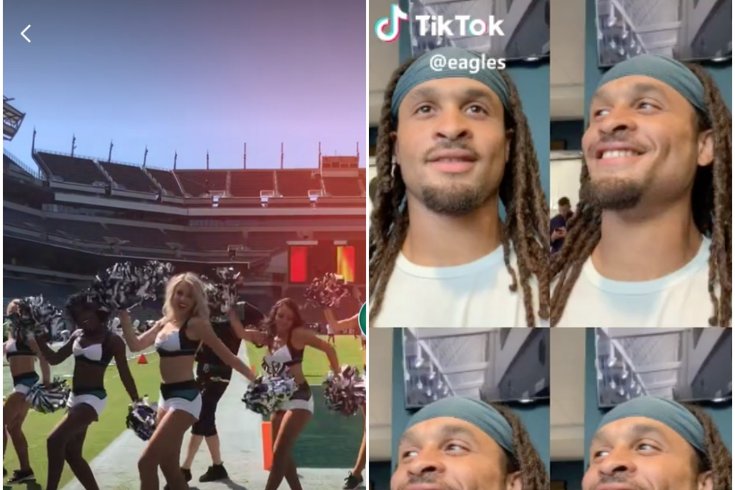 If you don't know what the hell a TikTok is, that's fine. But if you're an Eagles fan, I'm here to tell you that you probably should.

The short-form video app that's single-handedly transforming social media is the most popular platform on the planet — and yet, the viral memes set to music still haven't infiltrated the homes of many everyday Americans, namely if you don't have a child under 18 in your family.

In February, TikTok hit more than 1 billion downloads and more than 500 million people were reportedly using it every day. Schools, doctors, entertainers and newspapers jumped onto the platform bandwagon.

Now, Sports teams, including the Eagles, are joining the fun, too.

Last month, TikTok and the NFL announced a multi-year partnership to document sideline moments, highlights, and behind-the-scenes footage. In doing so, the league followed many businesses and agencies around the world.

An Eagles team spokesperson said their decision to create an account was partially influenced by the NFL's partnership.

"The ability to connect with younger fans with compelling content was very appealing," the Eagles' spokesperson said.

As of March 2018, nearly 66% of TikTok users were ages 29 and under, making it a potential market for businesses, and notably sports leagues, to connect with Generation Z. NBA Vice President of Social and Digital Content Bob Carney said the app is helping them to "cultivate" an entire new generation of fans with their own partnership.

While the Eagles' TikTok may be successfully engaging a new generation of Philly sports fans, it's also a gold mine for pre-existing, older fans who want more behind-the-scenes footage of locker room fodder.

It's got Carson Wentz's pregame speeches and cheerleader dance routines. It even features your favorite player doing something really strange, which you might not understand (see below).

The account, which was created only about three weeks ago, has more than 227,000 followers. Each video has received tens of thousands of likes — sometimes up to hundreds of thousands.

Here's what you're missing:

A majority of the Eagles' bits are TikTok #foryourpage videos, which is like a call-and-response challenge initially started by viral TikTok creators. Those videos have been recreated by millions of users, in thousands of iterations. They're typically lip-synch videos, short dances memorized and copied, or some sort of physical challenge.

To watch the Eagles' TikToks, download the app via Apple or Google Play here or watch on desktop here.