Sure, it's always sunny in Philadelphia, but does it always have to be so dang hot? 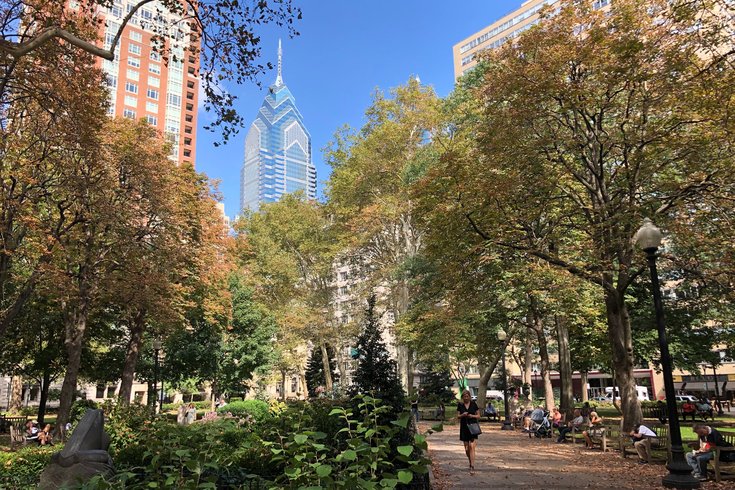 Leaves are falling and changing colors in Philly, but Wednesday's record-setting high temperature sure didn't feel like autumn.

On Wednesday, for one final time in 2019, hopefully, it was hot as hell in Philadelphia.

The temperature in Philly on Wednesday reached (and then eclipsed) 90 degrees for the first time in the month of October since 1941, according to the National Weather Service.

The NWS's temperature records, which date back to 1874, show temperatures in Philadelphia during the month of October have only ever reached 90 degrees seven times, including Wednesday:

Temperature records have been kept at Philadelphia since 1874. In that time period Philadelphia has only recorded 6 days in October where the temperature hit 90. If Philadelphia reaches 90 today it will be the first 90 degree October day since 1941! #njwx #pawx #dewx #mdwx pic.twitter.com/0679c7bdx6

The National Weather Service also reported that Wednesday's high was the hottest Oct. 2 in the history of recorded temperature in Philadelphia. The previous record, 87 degrees, occurred in 2002.

It's been a year of extreme, record-setting weather, at least locally. Back in mid-May, Cape May broke a 112-year-old record for its coldest May 13 of all-time, when the high temperature reached just 55 degrees.

Luckily, it seems the heat will be behind us after Wednesday: according to Accuweather's forecast, the next seven days won't top 73 degrees, with lows in the high 40s and low 50s.

Last month, thousands of young people in Philadelphia and millions around the world took to the streets in a global climate march, urging action from governments in the face of ongoing climate change.

According to the National Oceanic and Atmospheric Administration, this July was the warmest July, globally, in the past 140 years. Nine of the 10 warmest Julys ever have occurred in the last 14 years.

In October 2018, leading climate scientists warned that the planet had 12 years left to limit climate change's effect on global temperatures.