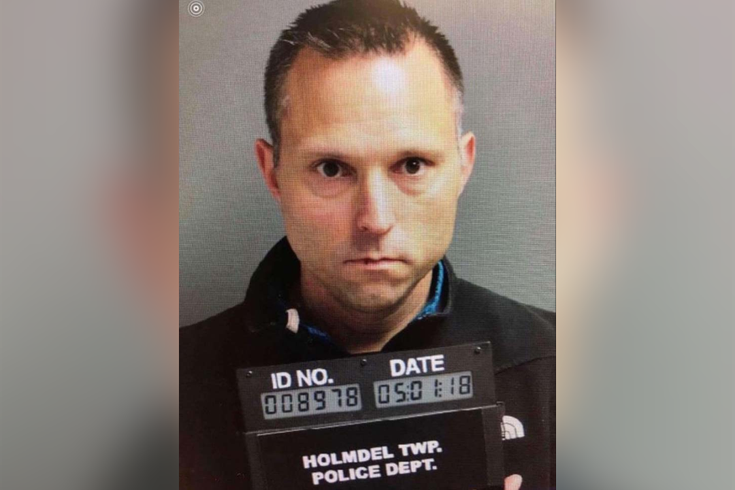 Thomas Tramaglini, 43, is the former Kenilworth Public Schools superintendent who pleaded guilty to defecating on the athletic fields at Holdmel High School in Monmouth County, New Jersey. A federal judge has dismissed the lawsuit Tramaglini filed against the police who arrested him in 2018.

The lawsuit filed by the former New Jersey school superintendent – who claimed a Monmouth County police department violated his rights when officers released his mugshot to the media after he was arrested for pooping on the athletic fields of another North Jersey school district – has been dismissed by a federal judge.

Thomas Tramaglini, 43, the former superintendent of the Kenilworth Public Schools, pleaded guilty in October 2018 to charges that routinely defecated on the track and football field at Holmdel High School. Tramaglini filed the civil rights suit against the Holmdel police in May and a federal judge in Trenton dismissed the suit on Sept. 9.

Along with the dismissal, the judge gave Tramaglini two weeks to file and amended complaint, but court records show no further documents have been filed in the case.

Tramaglini had claimed the officers involved in his arrest did not follow proper procedures when they took his mugshot and then provided it to the media. Tramaglini and his lawyers unsuccessfully argued that because the school official had been arrested for "low-level, non-criminal offenses," he never should have been photographed, according to court documents obtained by NJ.com.

Tramaglini pleaded guilty to one municipal ordinance violation and was ordered to pay a $500 fine plus court fees. The Kenilworth school district had placed the superintendent on administrative leave after his arrest in May 2018, and he later resigned.

In the decision to dismiss the lawsuit, U.S. District Court Judge Anne E. Thompson wrote that Tramaglini failed to "address any connection between the alleged distribution of the mugshot" and "his termination."

Tramaglini was caught defecating on the Holmdel High School athletic field around 5:50 a.m. on April 30, 2018, after students and staff been complaining about finding human feces on fields on a daily basis. He was formally charged on May 3.

When he pleaded guilty, Tramaglini told the judge he suffered from a "medical emergency" that caused him to feel the "immediate or urgent need to defecate while running," the Asbury Park Press reported last year.