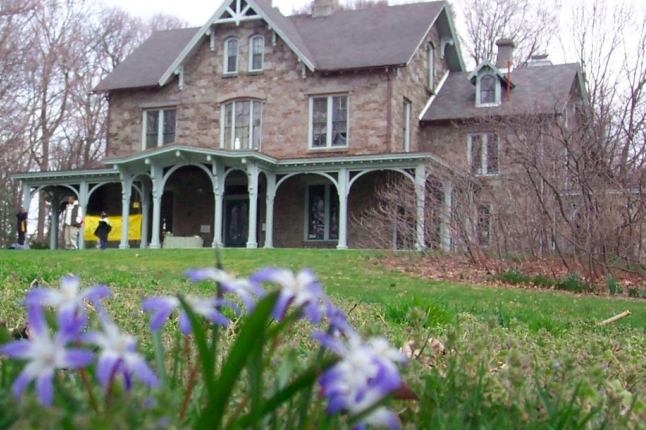 The Francis Cope House at Awbury Arboretum was built in 1854. A groundskeeper found human remains at the house on Sept. 30, 2019, according to police.

A human skull and partial remains were discovered Monday morning at the Awbury Arboretum in the Germantown section of Philadelphia, police said.

A groundskeeper came across the human remains in a sack shortly before 9 a.m., police said in a statement.

The sack was located in the rear of the property's Francis Cope House, which serves as the administrative headquarters of the Awbury Arboretum Association.

The Francis Cope House was built in 1854 to serve as a summer home for Cope and several of his family members. Germantown was not incorporated into Philadelphia at the time.

Cope was the director of the Insurance Company of North America and the Lehigh Valley Railroad. He also served as the overseer of William Penn Charter School and sat on the board of several other educational institutions.

The 55-acre Awbury Arboretum has been open to the public free of charge for nearly a century.

No additional details about the human remains were immediately available. An investigation is underway with North Detectives.