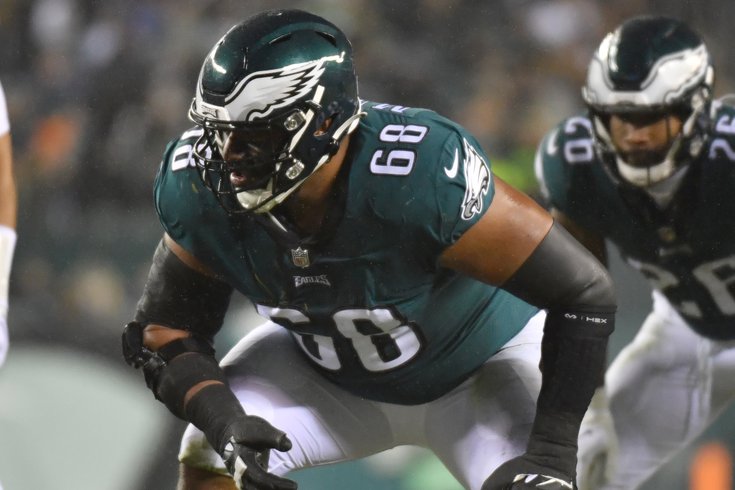 During the NFL owners meetings in Atlanta on Tuesday, the league's international committee approved the Eagles for marketing expansion into Australia, New Zealand and Ghana.

They became the 19th team to join the league's international home marketing area initiative (HMA) — a push by the NFL to develop its clubs into global brands — and will be the first to have marketing efforts in Africa with their access granted to Ghana.

For fans stateside, this probably won't mean that much, but the NFL's goal here is to have its teams establish new fanbases overseas, which of course means more money made.

For the Eagles, the Australia connection is obvious. Jordan Mailata, the former rugby player turned budding offensive tackle is from Down Under and has a personality that has quickly made him a fan favorite. There is also Arryn Siposs, the punter from Melbourne who played Australian rules football before leaving to take a college offer from Auburn.

The NFL is also going to be hosting developmental camps and fan events in Ghana next month, and the Eagles figure to be a part of that as they can start marketing in their assigned countries beginning June 1.

Combined with the NFL's series of international games over the years, which will continue this season with games three games in London, one in Munich, and another in Mexico City, there has been a steady push by the league to convert American football into a more global game.

There has also been an oddly strong connection developing between Philadelphia sports and Australia. Mailata, Siposs and the Eagles are one part of that. The other is the Sixers with Matisse Thybulle's and formerly Ben Simmons' Australian roots.

Thybulle spent a part of his childhood growing up in Sydney, and the smothering defensive play he developed made him a Sixers fan favorite, though the recent playoff run and his stance on COVID vaccinations have all that up in the air now.

Simmons came from Melbourne, and before everything fell apart, he was looking to become every bit the star everyone hoped he would be just a few short years ago. He had massive marketability both here and back in his home country because of it. NBA 2K19, for example, made a Simmons cover unique to the Australian and New Zealand markets while Milwaukee's Giannis Antetokounmpo was the cover star everywhere else.

I spent $100 to have that version of the game imported, but that's a story for another time.

Anyway, if Australian E-A-G-L-E-S! chants become a more common occurrence in the next few years, you'll know why.