Eagles-Lions injury report, with analysis: Sam Bradford not ruled out 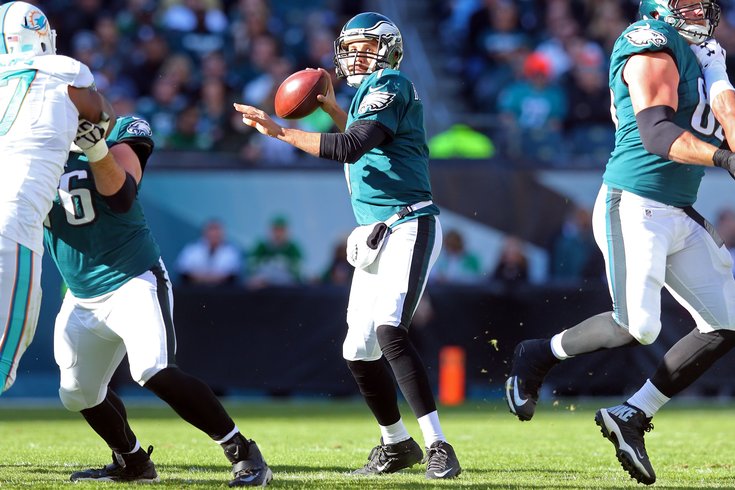 • RB Ryan Mathews (concussion): Ryan Mathews' nagging injuries haven't stopped him from being productive whenever he has gotten opportunities, as he has played through an assortment of injuries. On the season, Mathews is running for 6.1 yards per carry. However, his concussion will keep him out again on Thursday. Slidey McGee will get the bulk of the carries.

• TE Zach Ertz (concussion): Ertz took a bad landing on the turf last week when he tried to hurdle a Bucs defender. Trey Burton will get more playing time in Ertz's absence.

• QB Sam Bradford (shoulder): Bradford's only issue now is his shoulder. He passed his concussion protocol, and for as bad as he's been at times this season, he is a better quarterback than Mark Sanchez. Bradford's inclusion among the questionable players gives hope that he can play on Thanksgiving. Perhaps Bradford can show some toughness, gut it out, and inspire his teammates at a time when morale seems to be very low.

• C Jason Kelce (knee): For as down a season as Kelce has had, the Eagles are screwed if they're without him.

• OT Jason Peters (back): Peters played last week against the Bucs, but came out when the score became lopsided. The Eagles' OL played reasonably well against the Cowboys when Peters was out, but they took a huge step back the following week against the Dolphins. Peters is as important to this team as anyone. The Eagles need Peters against the Lions' wide-nine front that puts pressure on opposing offensive tackles.

If he cannot go, Lane Johnson will again move over to LT, with Dennis Kelly again filling in at RT.

WR Calvin Johnson (ankle), CB Darius Slay (neck), DT Gabe Wright (ankle), S Don Carey (back) and DT Caraun Reid (ankle) are all listed as questionable, but according to Tim Twentyman of DetroitLions.com, all are expected to be available to play.