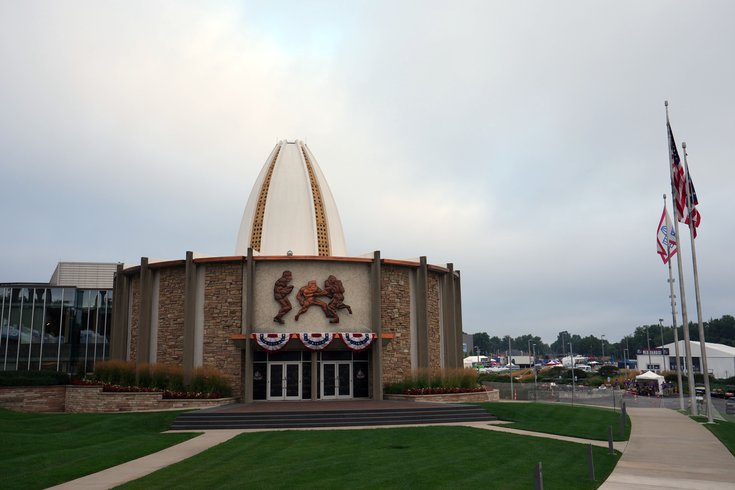 The Pro Football Hall of Fame in Canton, OH.

Two former Eagles have been named semifinalists for the Pro Football Hall of Fame Class of 2023: Cornerback Eric Allen and running back Ricky Watters.

The 28 Modern-Era Player Semifinalists for the @ProFootballHOF Class of 2023. #PFHOF23 pic.twitter.com/iLbIRdbxak

Allen, who played with the Eagles from 1998 to 1994, should've been inducted long ago. Allen's 54 interceptions are tied for 21st all time with Hall of Famers Willie Brown and Darrell Green. That's more than other prominent modern cornerbacks like Ty Law (53) and Champ Bailey (52). Allen, a six-time Pro Bowler and three-time All-Pro selection, is also tied for eighth for career interception return touchdowns with eight.

Watters, who spent three years with the Eagles from 1995 to 1997, likely won't see Canton, but he's the type of running back who became a prototype for what the position has turned into in the 21st century. Watters was a major threat out of the backfield as a receiver. His 467 career receptions are the 23rd most ever for an RB (via Stathead). He made two Pro Bowl teams with the Eagles, leading the NFL with 1,855 yards from scrimmage in 1995.