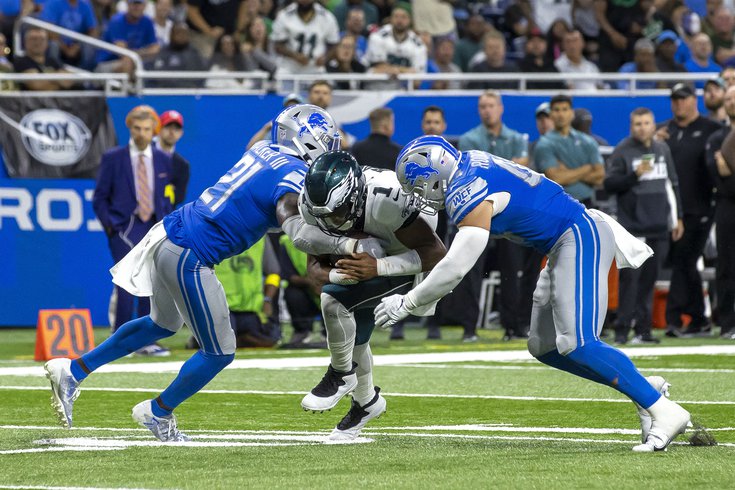 Lions safety Tracy Walker quickly drew the ire of the Delaware Valley last Sunday after a dirty hit on Jalen Hurts in the team's Week 1 matchup with the Eagles. He has now been fined by the NFL for his "performance" in the game:

#Lions DB Tracy Walker was fined $11,139 for unnecessary roughness for throwing a punch and getting ejected from last week’s game against the #Eagles.

Lions players were taking every hit they could away with in the game and it wasn't until Walker lowered his head against Hurts' helmet that the officials finally took notice.  After that specific hit, Eagles players ran to protected their quarterback. Dallas Goedert got into it with Walker while sticking up for QB1. Walker, foolishly, proceeded to slap Goedert in the head, resulting in an ejection.

For all of the talk of Dan Campbell's Lions team playing with grit and heart, this was as undisciplined of a move as they come in the NFL.