Former Colts offensive coordinator will take over in Philly 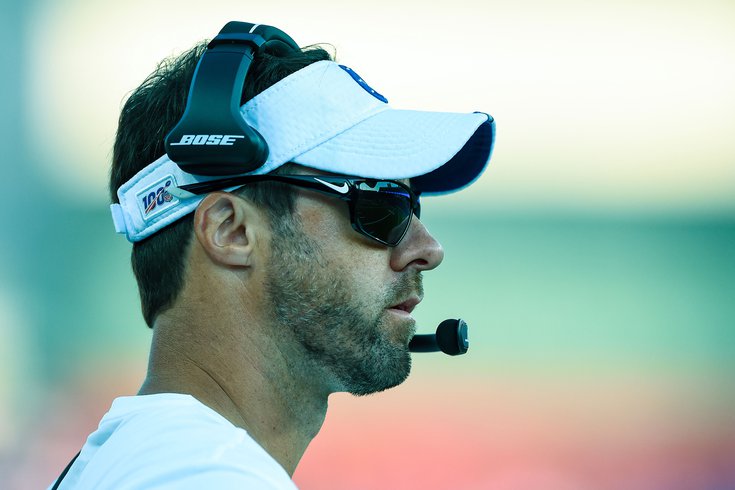 The Philadelphia Eagles have hired Nick Sirianni as the team's next head coach. Sirianni, 39, most recently served as offensive coordinator for the Indianapolis Colts.

The 39-year-old coach will bring to Philadelphia his experience as an assistant to former Eagles offensive coordinator Frank Reich, who earned the top job in Indianapolis after the Eagles won Super Bowl LII.

For Eagles fans, a lot remains to be learned about Sirianni, who entered the picture late and without high-profile status of Patriots offensive coordinator Josh McDaniels — not to say his reputation would be entirely welcome in Philly.

My initial take on the Eagles' hiring of Nick Sirianni: He's not Josh McDaniels, which gives him a major advantage over Josh McDaniels.

As the leader of a team in transition, Sirianni will have several big picture questions to answer, foremost among them whether quarterback Carson Wentz can be revived after a disturbing backslide in 2020.

Immediate reaction to the Eagles' hiring of Sirianni generally was positive, much of it playing on the Italian last name that will likely endear him to the region's sizable Italian-American fanbase.

Here's a look at some of the best reactions from Eagles fans and players.

Nick Sirianni and his coaching staff. Confident they can fix Carson pic.twitter.com/rWDoHKrhrM

Nick Sirianni and I were both hired the same year in Kansas City when he was the offensive QC coach.

Eagles got a good one.

This is your new Eagles head coach

Here he is miked up with the Colts
pic.twitter.com/2aaxflfpMZ

Nick Sirianni and his assistant coaches after Howard Eskin asks a question at his introductory press conference pic.twitter.com/jaxfJvRcRJ

Gravy is being poured into the streets at Broad & Oregon. An Italian has been named Eagles head coach.

I wonder how Nick Sirianni feels about Ja'Marr Chase? pic.twitter.com/i5ELhIwFDz

Head Coach Nick Sirianni breaking down an #Eagles play from the Superbowl, while he was an offensive coordinator for the Colts. pic.twitter.com/q9yq34GWaf

Philly now: I got A LOT of opinions on this Nate Sayrayanis

Nick Sirianni is from same hometown - Jamestown, N.Y. ... as Lucille Ball. Won’t be long till he’ll have some ‘splainin to do.

The #Eagles hiring Nick Sirianni means they once again passed on Duce Staley, the guy who most players seemed to be pushing for pic.twitter.com/EWnuRIKrzU