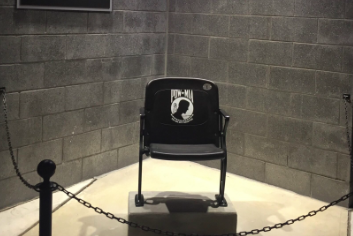 At a time of what many would consider national uncertainty, the brightest constant for Americans to rely is the country's unwavering support fo the men and women who have sacrificed for our military, annually celebrated on Veterans Day.

On Sunday, prior to the Eagles' kickoff against the Atlanta Falcons, the organization took a symbolic step to memorialize those who have served and continue to serve the United States.

To start, the team handed out fatigue-style rally towels to fans attending the game.

As a part of #EaglesSalute, we dedicated this permanent unoccupied seat to the memory of the brave men and women who served our country. pic.twitter.com/uI6vinzMIB

And for fans, it was a festive scene at the Linc, including a tank and an Air Force Fellows flyover.

A beautiful day for #EaglesSalute presented by @Toyota 🇺🇸 pic.twitter.com/I3J2wDJC49