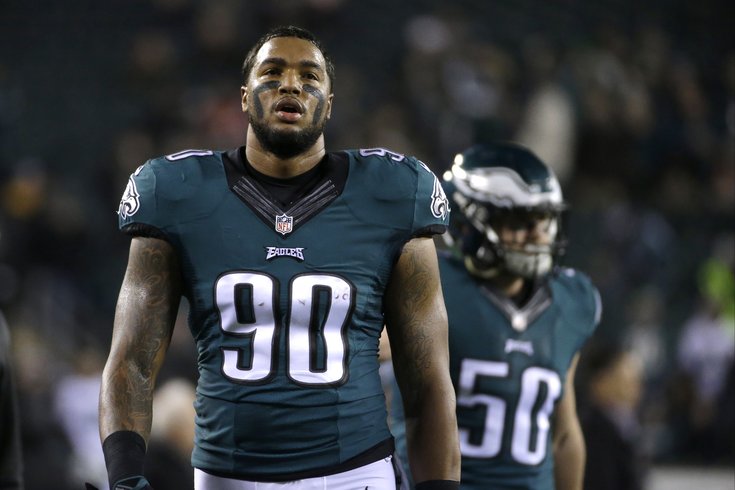 We are now eight training camp practices deep, and just five days away from the first preseason game. For the first time in 1.5 training camps, we had a Marcus Smith sighting! Here are my notes on the day:

• Marcus Smith had the highlight of the day during one-on-one pass rush drills. He put Dennis Kelly on roller skates, and then on his back. Absolutely destroyed him. "It was a head fake bull (rush)," said Smith. "I came off the ball, and did kind of a stutter step to get him off his feet, and then I bull rushed him and got to the quarterback."

After standing out for the first time since, um, ever, Smith then went into a celebratory dance routine a la Freddy Mitchell. "I was just happy I finally conquered the move I've been wanting to do, so now I can bring other moves off of that," Smith said. The Eagles are light on OLB depth, and they need Smith to step up his game this season. Today was an encouraging sign.

• One offensive lineman I thought looked pretty good in those one-on-one sessions was UDFA Brett Boyko. He went up against Brandon Graham a few times, and held his own. Boyko has one of the worst spider charts I've ever seen.

• The other defensive players who stood out in the pass rush drills were actually the two nose tackles, Beau Allen and Bennie Logan.

• Miles Austin had an active day on what has been a quiet camp. Austin isn't just going to make the team. He's going to play. The team gave him a million dollars guaranteed, and he hasn't played special teams in five years. He's going to be in the mix in some way as a receiver.

• DeMarco Murray practiced today. He lowered his shoulder into Walter Thurmond's chest on a physical run. However, if you didn't factor in past success and pay, Ryan Mathews has had a far better camp, even when Murray has practiced.

• RG update! Here's who has worked with the ones each day of camp so far:

That would be two days a piece for Tobin, Gardner, Vandervelde, and Moffitt. You know what they say -- The "ninth day of camp tiebreaker" is huge.

• The Eagles were on the dreaded "far left" field today, which isn't ideal for evaluating quarterback play, so apologies for skipping notes on them.

• Brandon Gowton of BleedingGreenNation.com is just making stuff up about Donnie Jones.

• A number of fans have noted that Sam Bradford and Byron Maxwell have terrible sleeves on their uniforms. Yes, this is actually a thing. And I agree. Instead of having the super short sleeves that barely get over their shoulder pads, Bradford and Maxwell rock the extra long sleeves that flap in the wind. Here's what they look like: 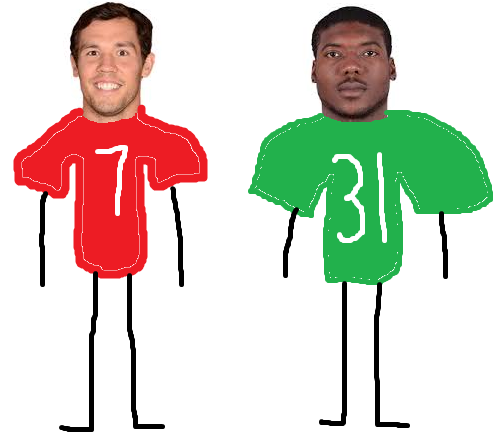 After practice, because I'm not afraid to ask the hard-hitting questions, I asked Maxwell if he had any comments about the fan base's disdain for his sleeves. "I don't care if they like them or not," said Maxwell. "I like them." You do you, Byron.