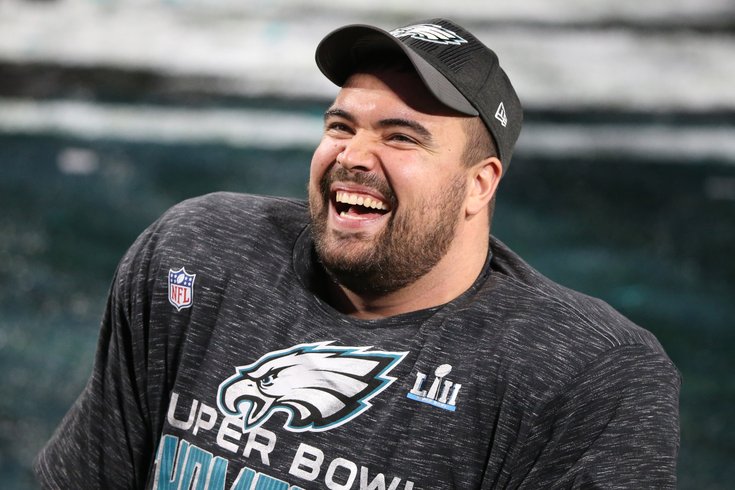 The Philadelphia Eagles have re-signed interior offensive lineman Stefen Wisniewski. While the team has not yet made the signing official, I think we can go ahead and take Wisniewski's word for it.

And I chose to sign in a tuxedo T-shirt because I wanted to be formal, but also I’m here to party...on Broad Street...in early February...for another SB parade...

Back in March, the Eagles declined to pick up a $3,708,334 option on Wisniewski, making him a free agent. He remained unsigned through the draft, and even a few days past the post-compensatory pick deadline. Surely, he signed for significantly less that the nearly $4 million option the Eagles declined in March.

Wisniewski fills a significant area of concern, which was interior offensive line depth. Leaving out undrafted free agents, the interior OL depth chart looked something like this, prior to Wisniewski's re-signing:

There were previously no interior linemen reserves on the Eagles' roster who finished the 2019 season on a 53-man roster other than Pryor, who has no career snaps in the regular offense. Wisniewski will also almost certainly take first-team reps at RG all throughout training camp -- and probably start the regular season there -- allowing Brooks to fully recover from a torn Achilles suffered in the playoffs last season against the New Orleans Saints.

When Brooks is healthy, Wisniewski will be the first guy off the bench at all three interior offensive line spots. The Eagles' full offensive line depth chart now looks something like this:

In short, it is as stacked an offensive line as you'll find in the NFL.