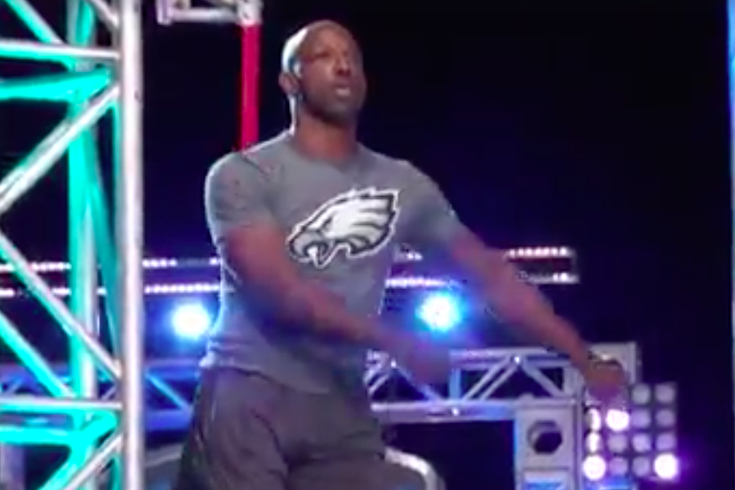 One of the most-sure handed wide receivers ever to play for the Philadelphia Eagles is ready to try his luck in a different arena.

Jason Avant, the man who shook his hands at the sky after every catch, will be featured in Monday night's episode of "American Ninja Warrior," the NBC competition series that challenges participants to overcome grueling obstacle courses.

The 35-year-old athlete was accompanied on the set by current Eagles cornerback Jalen Mills and former teammate Quentin Mikell. A preview clip of the episode shows Avant muscling his way through the early part of one of the show's courses.

Avant played eight seasons for the Eagles before playing one year in Carolina and finishing his career with former Eagles head coach Andy Reid in Kansas City. For his career, Avant totaled 4,118 receiving yards and 13 touchdowns.

Tune in Monday at 9 p.m. to see how Avant fared against the competition.