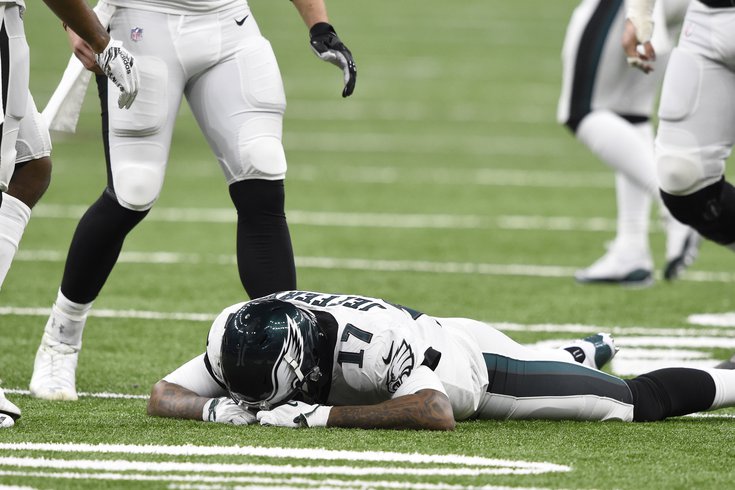 The Eagles weren't 15 yards from the NFC Championship Game.

Over the last year or so, Philadelphia Eagles brass have often pointed to the success of the team during the three-year span from 2017 to 2019. It was a sentiment that once again reemerged in Howie Roseman's end-of-season press conference on Monday morning.

"We are a 4-11-1 roster, so I mean, you are what your record says you are," Roseman said when asked how he would assess his job performance. He added, "The three years before, we had won 35 games..."

Certainly, bringing the Lombardi Trophy to Philadelphia for the first time in team history was kind of a big deal. However, lumping the slightly better than ordinary 2018 and 2019 seasons in with it is creating a perception that the team has had some sort of impressive three-year run, as opposed to something closer to a one-off "lightning in a bottle" season in 2017.

"When I look at the rosters in 2017, 2018, and 2019, I think objectively those are really good rosters," Roseman said, when asked about the lack of young talent on the roster. "Obviously 2017 had a lot of success. 2018, 15 yards from the Championship Game, and I know when Joe [Douglas] left to become the GM of the Jets, he even felt like our roster last year was as good as those two rosters, maybe even better."

• In 2018, at varying points, the Eagles were 3-4, 4-6, and 6-7. A three-game winning streak to close the season earned the team a playoff berth, which was only made possible because the Vikings lost to a Bears team with nothing to play for, and the Eagles backdoored their way into the 6 seed. They beat a Mitchell Trubisky-led Chicago team in the first round, and then lost to the Saints.

As for being "15 yards from the Championship Game," that of course assumes the Eagles would have scored had Alshon Jeffery not had a ball go through his hands and into the waiting arms of Marshon Lattimore. Also, it was more like 27 yards, and the Eagles still had plenty of work to do even if Jeffery had caught that pass. Also also, it ignores the possibility of the Saints kicking a field goal on their ensuing possession for the win even if the Eagles had scored.

Assuming the Eagles would have won that game if Jeffery caught that pass is like the belief that the Sixers would have beaten the Raptors in OT, and then the Bucks, and then the Warriors, if Kawhi Leonard's quadruple doink hadn't fallen through. But Jeffery did drop the pass, as he was prone to do that season, because the Eagles didn't have very good receivers.

• In 2019, the Eagles were sitting at 5-7, before feasting on the dreck in their division for four games to close the season once again at 9-7. The rest of the teams in the division had a combined record of 15-33. If they played in any other division in the NFC, based on their record, they would not have made the playoffs.

Borrowing 16 games from the Super Bowl season to be able to say "35 wins those three years" is just a recent peeve of mine, I suppose.