Rejoice! The Philadelphia Eagles' 2020 season is finally over! In their Week 17 finale against the Washington Football Team, the Birds purposely lost for better draft positioning, in a game that will probably be discussed around the league for a while, for bad reasons.

1) The 'Unabashed Tanking' Award: The Eagles

The Eagles' front office did everything in their power to lose this football game, and ultimately succeeded. They had 10(!) inactives (mostly starters), they didn't dress Carson Wentz, and Nate Sudfeld entered the game with just a three point deficit in the fourth quarter. 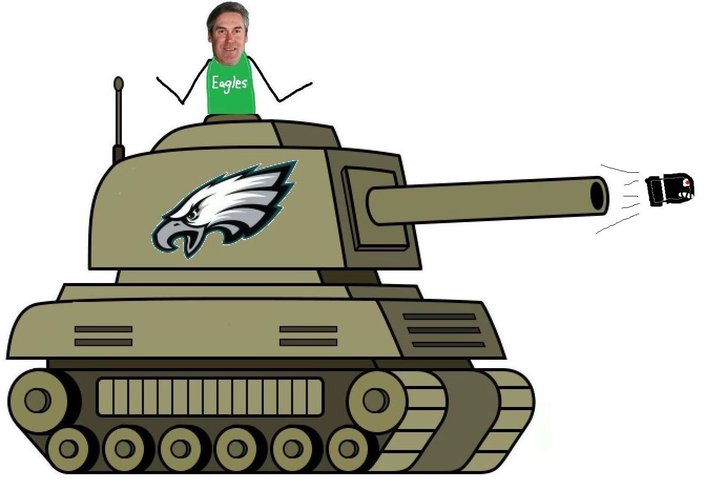 Make no mistake. Winning this game was not a priority. The Eagles tanked, plain and simple.

2) The 'Rightfully Mad' Award: The Giants

Of course, the Eagles essentially handed the Football Team a divisional title, at the expense of the Giants, who were depending on an Eagles win to get in. On the one hand, maybe win more than six games, Giants. On the other hand, there's zero question that it's a terrible look for the Eagles and the league in general for the Eagles to have purposely lost the game, especially on the field.

And I think there's a distinction there. There's a perfectly good justification for holding out any players with injuries, or contract situations that warrant caution, etc. In fact, we even wrote that the Eagles' front office should try to put the team in a position to lose. But when the head coach is complicit by putting a clearly inferior quarterback in the game down three at the start of the fourth quarter, the Eagles are going to be criticized heavily, and rightfully so.

I think that the display that the Eagles put on the field Sunday night will be enough to get the NFL to have serious conversations about upholding the integrity of the league, or at least not put a potential situation like that on national television.

3) The 'Cant Look Them in the Eye' Award: Jason Kelce

Jason Kelce passionately explains why winning takes precedent in the NFL over everything, including evaluating youth in a down season. pic.twitter.com/x9CyzqQ47e

Seriously though, how can you look Kelce in the eye after that mess?

MORE: Report: Wentz expected to request a trade | Roseman will reportedly return in 2021

4) The 'Top of the Draft' Award: Howie Roseman 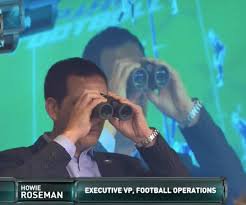 By successfully losing, the Eagles will have the 6th overall pick in the 2021 NFL Draft. Had they won, they'd have picked 9th. Howie Roseman is no doubt excited by the increased draft capital. Unfortunately, Howie Roseman will also be making that pick. Who's excited for project with upside from the Pac-12?

Hurts did not have a good game. He was 7 of 20 for 72 yards, an INT, and a QB rating of 25.4. He did have two rushing TDs. Whatever. Doesn't matter. He was playing with a couple of fourth string OTs, and practice squad level receivers, so I wouldn't make too much of what happened on the field Sunday night.

In his four starts this season, Hurts showed some nice traits. He obviously has speed, he can run with power, he's tough, and his poise was rather obvious.

But... can he throw? There will be legitimate concerns about his arm strength and his accuracy this offseason. And guess what... a quarterback will be in play with that 6th overall pick.

Of course, Hurts was pulled (we'll say "pulled" as opposed to "benched") for Nate freaking Sudfeld, and that went about as expected. He was 5 of 12 for 32 yards, a lollypop INT, and a QB rating of 14.6.

Jalen Hurts could be seen on the sideline mouthing "It's not right."

Hurts knew the fix was in. Clearly dejected. Obviously says “it’s not right” and shakes his head. pic.twitter.com/rSZibS4HZn

Tanking sounds good on paper, but you really could see how ugly it looks in practice.

When the Eagles selected Jalen Reagor with the 21st overall pick in the 2020 draft, most draft analysts were surprised that Reagor went before Justin Jefferson, who got taken a pick later by the Minnesota Vikings. The Vikings were pretty pumped about it:

Vikings reaction when they found out Jefferson was available at their pick is amazing !! #SKOL pic.twitter.com/EeyTdIq5Gs

Reagor left the game early with a head injury, and he finished the season with 31 catches for 396 yards and 1 TD. Jefferson finished with 1,000 yards more than Reagor. He had 88 catches for 1400 yards and 7 TDs.

The Eagles first round pick, who they took instead of a likely future first ballot HOF, was ruled out of this game with a head injury and is in the locker room retweeting birthday wishes from his agency

8) The 'Worst Lies Ahead' Award

The Eagles' 2021 offseason is likely going to be a wreck. The team is projected to be almost $70 million over the cap, and they can't even cut a bunch of guys to be cap-compliant. They're going to have to restructure a bunch of older players' contracts, committing to them for years down the road, and the roster will likely continue to be bad, old, and expensive, for the foreseeable future.

9) And Howie Roseman will still be in charge despite putting the the team in that situation.

10) And Jeffrey Lurie doesn't seem to understand why that's a problem.