Report: Howie Roseman will return as Eagles GM in 2021 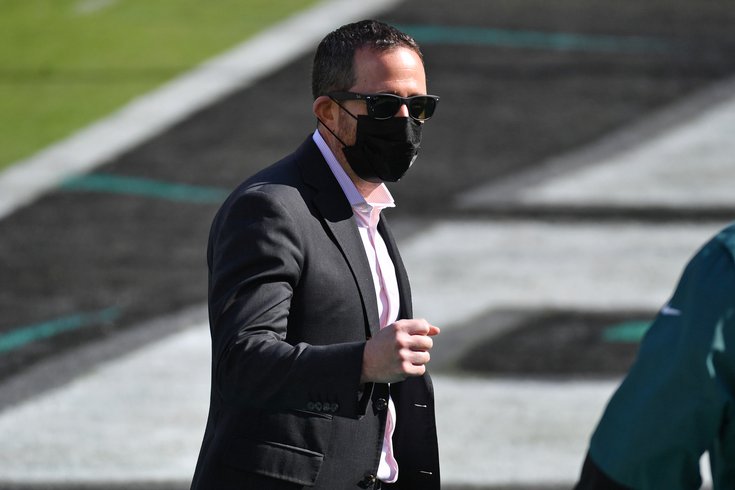 Howie Roseman will return as the Philadelphia Eagles' general manager in 2021, according to a report from Jay Glazer of FOXSports. Glazer also notes that Pederson will return as well, which has already been widely reported.

The #NFL coaching carousel! What you need to know and a lot of changes to come in the next 48 hours. @NFLonFox #NFLUpdates #Coaches #Week17 #Staying #Going pic.twitter.com/2NLrRxigWm

"Doug Pederson, a couple of weeks ago, didn't look like (he was safe)," Glazer said. "He is going to have to make a bunch of changes on his staff."

In regard to Roseman, Glazer said, "He looked to be on the hot seat. He's not. He'll return to Philly as well."

Earlier in the week, we opined that there is little justification for allowing Roseman to continue as the GM, given the extreme failures of the organization over the last three offseasons. Instead, the Eagles are running it back with Roseman and Pederson, it seems, and if we're to read into Glazer's reporting, the problem was merely the assistant coaches. It'll be interesting to see how the team sells that line of thinking to the fan base, if indeed that is their tact.