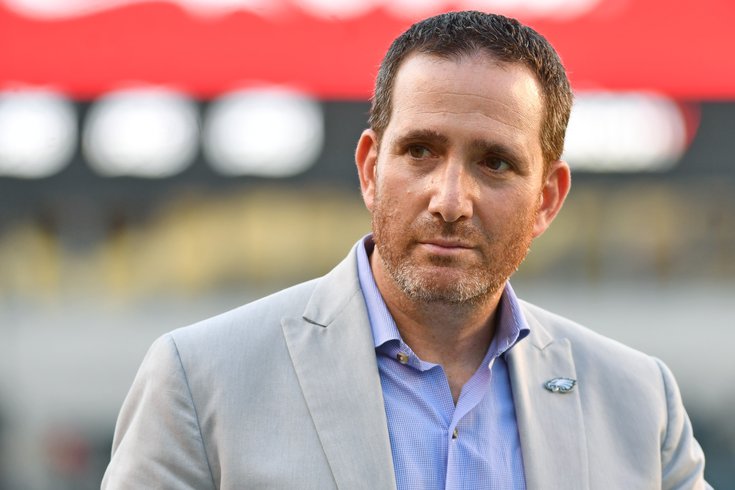 The Philadelphia Eagles currently have 11 picks in the 2021 NFL Draft. Here we'll track each of the trades (and other) that change the Eagles' picks. So far there have been five:

• The Eagles traded their fourth-round pick to the Browns for DE Genard Avery.

• The Eagles were awarded two compensatory picks, both in the sixth round, for the losses of Jordan Howard and Ronald Darby in 2020 free agency.

• The Eagles will acquire the 49ers' seventh-round pick, with Marquise Goodwin reverting back to San Francisco.