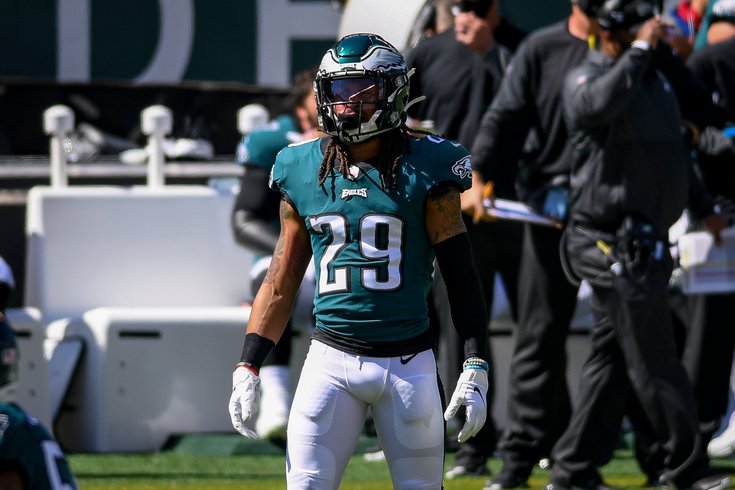 The Philadelphia Eagles announced on Saturday that they have signed cornerback Avonte Maddox to a three-year contract extension. Multiple media outlets are reporting that it is worth $22.5 million. That would be an average of $7.5 million.

Maddox is the fourth Eagles player to receive an in-season contract extension, after Jordan Mailata, Josh Sweat, and Dallas Goedert also signed long-term deals with the team, all within the last 10 weeks. Mailata, Sweat, Goedert, and Maddox were all a part of the 2018 draft class, as Howie Roseman asked Adam Schefter to note.

Maddox had a promising rookie season in 2018, followed by a pair of disappointing seasons in 2019 and 2020. He particularly struggled in 2020, when the Eagles misevaluated his capabilities of playing on the outside. At 5'9, 184, Maddox had difficulty covering bigger receivers. Prior to the 2020 season, Roseman spoke about his confidence in Maddox to play outside:

In 2021, Maddox moved to the slot, where his skill set is a better fit, and he has played well. Still, a price tag of $7.5 million per season feels a little pricey at a comparatively replaceable position where players don't often cash in on the open market. The highest-paid slot corner during 2021 free agency was Mike Hilton, at $6 million per season. The highest-paid slot corner in 2020 free agency was Chris Harris, a four time Pro Bowl player, at $8.5 million.

Maddox is an ideal locker room guy, who is energetic, willing to take on any challenge, and a player who seems to love the sport and wants to get better. In that sense, he is the type of player that coaches want to have around.

However, at $7.5 million, paid at a time when Maddox is playing better but hasn't shown sustained consistency over a longer period of time, feels a little forced, especially when the team has overrated his abilities in the past.