Week 11 NFL picks: Rounding up the experts' predictions for Eagles vs. Saints 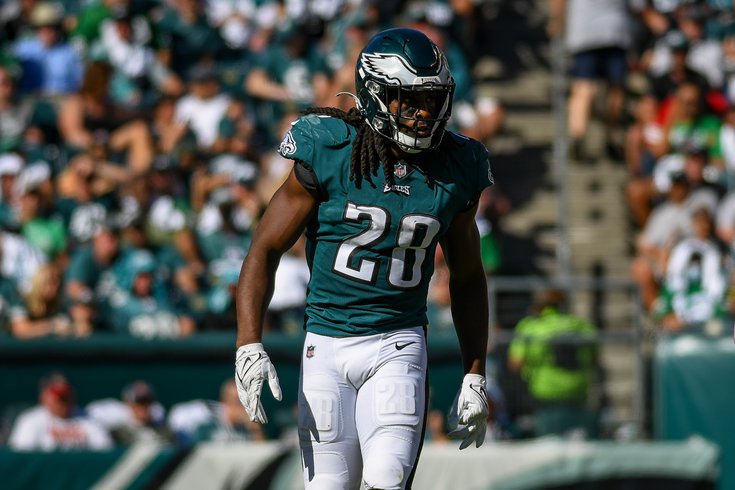 Following a big road win over the Broncos last Sunday, the Eagles return home in Week 11 for a date with the New Orleans Saints, the very same team the Eagles pulled off a big win over last season in Jalen Hurts' first NFL start.

This time around, an Eagles' win wouldn't be nearly as surprising given that, for just the second time all season, the Eagles enter the game as a home favorite thanks to improved play from Jalen Hurts, who is finally not being asked to do it all after Nick Sirianni's switch to a run-first offensive attack. And on Sunday against the Saints, the Eagles should be getting starter Miles Sanders back from injury. The third-year running back's injury almost coincided perfectly with the Birds' identity change, so it will be interesting to see how Sirianni and offensive coordinator Shane Steichen handle the Penn State product in his return.

Beyond that, the Saints will be starting Trevor Siemian, who has taken over for injured Jameis Winston, and could be without star running back Alvin Kamara as he works through an injury of his own. And while this may not be the Saints' offense you remember from years past, that's not how this team win games. They do that with their Top 10 defense, which is the best in the NFL against the run. That will be tested on Sunday against an Eagles offense that has run more than any other team in the league over the past month-plus. Of course, that's assuming Sirianni sticks with what's been working for his team.

As we do every week, we've rounded up a slew of predictions from both the local and national media to get a feeling for how the experts see this Eagles vs. Saints matchup playing out — including a few against the spread. Let's dive right in...

• PhillyVoice: We're almost united with our picks this week, with six of our seven writers taking the Eagles, and that includes John McMullen, who is tied at 8-2 for the best record picking games this season and sees a tight 24-22 Eagles' win on Sunday...

... A win would be big for multiple reasons when it comes to the Eagles with Nick Sirianni's first win at the Linc actually pretty far down on the list. The way things are shaking out in the NFC means just about everyone outside Detroit has a shot at the final playoff spot over the next two months and a win by Philadelphia would give them tiebreakers over Atlanta, Carolina, and the Saints.

Even bigger than Kamara's health is the status of starting offensive tackles Terron Armstead (knee/shoulder) and Ryan Ramczyk (knee), perhaps the best duo in the NFL when clicking.

• Inquirer.com: Two of their three writers are picking the Saints over the Eagles, including Jeff McLane, who has New Orleans taking this one by a score of 29-23.

... That said, the Saints may present the greatest challenge to the Eagles’ run-based tendencies. Their run defense is No. 1 in Football Outsiders’ DVOA rankings, and in more traditional statistics like yards rushing per game (72.9) and per carry (3.07), the Saints are also atop the NFL. New Orleans entered what was supposed to be a lopsided affair last season with a similarly-ranked defense. But the Eagles, with Jalen Hurts making his first start, ran roughshod over Cam Jordan, Demario Davis and company. Miles Sanders had the big run — an 83-yard bolt by Malcolm Jenkins — but the Saints couldn’t account for Hurts on the ground. ...

On the other side of the ball, the Saints are Drew Brees-less as they were last season, but he’s retired and Sean Payton’s offense has struggled with consistency, especially after quarterback Jameis Winston’s injury. His replacement, Trevor Siemian, has been fine. But the Saints just don’t have the weapons they once did, and Alvin Kamara can only do so much and also missed practice on Thursday due to a knee injury. Jonathan Gannon could have another week when his defense isn’t allowing another 80-percent-plus completion percentage.

I think the Eagles have made strides the last few weeks, and as I said earlier, I should have chosen them last week. But my intuition says that the Saints defense won’t get fooled again. No, no.

• NJ.com: Five of their six writers are taking the Eagles in this one, including both of their Birds beat writers. Here's more from Chris Franklin, who sees a 24-20 win for Philly...

Who would have thought Sunday’s game between the Saints and Eagles would potentially have playoff implications? The Eagles are within a game of the seventh playoff spot and have tiebreakers against the Atlanta Falcons and Carolina Panthers. Ahead of them are the Saints, who currently are the sixth seed. Eagles quarterback Jalen Hurts and the rest of the Eagles offense are playing at a high level. Hurts had success against the Saints’ defense last year in his first career start. Look for Hurts to duplicate what made him successful in last year’s game, using his legs to extend plays and the offense to continue to rely on the ground game as the Eagles win their first game this season at Lincoln Financial Field.

• Bleeding Green Nation: It's another clean sweep over at BGN, with each of their seven writers taking the Eagles.

• The Athletic: This week, Zach Berman and Bo Wulf are split over Sunday's outcome — in the opposite way they were last week. This time, Wulf thinks the Eagles will lose, while Berman is predicting a Birds' win. Here's more from latter, who sees a 22-21 win for Philly...

I’m not sold on the Eagles being a postseason team yet, but they should be able to beat an undermanned Saints team at home. The Eagles defense has feasted on middle-of-the-pack (or below) quarterbacks this season. Payton will scheme Siemian into good positions, but the defense should still be able to keep the points down. It’s going to be incumbent on the offense to push the score into the 20s. After the way Hurts ran the ball against the Saints last year, New Orleans will try to put the game on Hurts’ arm. I saw progress last week. My guess is he does just enough to pull out a narrow win, and Eagles fans can rightfully start thinking about the postseason as a possibility. Give me the Eagles to win and the Saints to cover.

Like Browns-Patriots in the AFC last week, this is a massive swing game in the NFC wild-card race. The Eagles have found an offensive identity that can't be denied and their line is playing at a higher level than the Saints' ballyhooed unit. But Philadelphia has steamrolled three straight opponents on the ground who are soft defending the run. New Orleans is ranked first in run defense DVOA. The Saints are battle-tested, showing a toughness since Week 1 against quality opponents that the Eagles haven't yet displayed. It could happen here, but I'm going to believe that Trevor Siemian's quality play thus far can continue.

• ESPN: Just three of their 10 experts are taking the Eagles over the Saints.

The Saints are playing consecutive road games outside the division, which is tough. The Eagles impressed last week in winning at Denver and Jalen Hurts is improving by the week. But this Saints defense is good and I think it will slow the Eagles offense. Saints get by with just enough offense.

• CBS Sports: Just two of their eight experts are predicting an Eagles win on Sunday. They also have the same split when you look at their picks against the spread.

• ProFootballTalk: While Michael David Smith is picking the Eagles to win by more than a touchdown, Mike Florio, a week after incorrectly predicting the Eagles would get blown out by the Broncos (it was the other way around), he's again picking another double-digit Eagles' loss...

Florio’s take: The Eagles are soaring. The Saints are sinking. And that’s a recipe for New Orleans turning things around, at least for one day.

• USA TODAY Sports: Just two of their seven experts are picking the Eagles.

• Bleacher Report: Eagles 21, Saints 20 (NOTE: Three of their six writers are taking the Birds and three are taking Denver.)

Kenyon on New Orleans: "The Eagles have been one of the more Jekyll-and-Hyde teams of the 2021 NFL season as they ride the Jalen Hurts rollercoaster. Hurts is coming off an impressive performance on the road against the Broncos but faces a much stiffer test this weekend against the Saints, who have allowed the fewest points of any team in the NFC. This game should be viewed as a toss-up which is why I would take the point for the Saints."

Gagnon on Philly: "Hurts has a 108.3 passer rating the last two weeks, and I believe in him far more than I believe in Trevor Siemian, who lost the benefit of the doubt earlier in his career with the Broncos and Jets and was never as talented as Hurts anyway. The Saints might be a slightly better team beyond that, but not enough for me to take them in a virtual pick 'em situation on the road following back-to-back losses."

• Sheil Kapadia, The Athletic: Sheil picks games against the spread every week, and this week he thinks the Saints hold up their end of the bargain against the Eagles.

The Eagles have morphed into one of the most run-heavy teams in the NFL. Last week, in a win against the Denver Broncos, they used a bunch of read elements with Jalen Hurts to rush for 216 yards. But this week, they go up against the best run defense in the NFL.

The Eagles are 0-4 at home, a trend that shows their maddening week-to-week inconsistency. Trevor Siemian continues to fill in at quarterback for the Saints, and he has yet to throw an interception. If the Saints play clean, then they can pull a road upset.

The Eagles took down the Saints 24-21 in Jalen Hurts' first career start last Dec. 13. They'll be hoping for a similar result here as mild surprise home favorites. The Eagles have been run-focused of late with Hurts and their committee backs and it has worked to settle Hurts and making the passing game more effective. But the Saints stop the run well and get a break with rookie DeVonta Smith leading a Eagles' limited receiving corps, and tight end Dallas Goedert also may miss the game with a concussion. The Saints have played sharp short-to-intermediate passing offense with Trevor Siemian and can still run the ball whether it's Alvin Kamara or Mark Ingram.