Eagles sign a bunch of guys to futures contracts 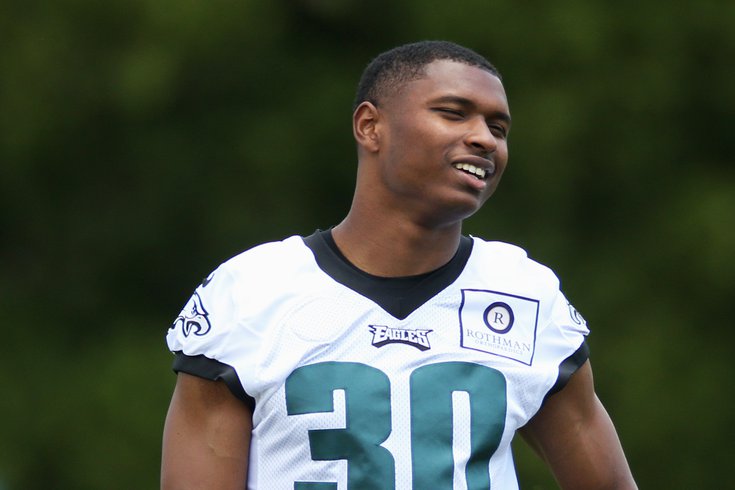 The Philadelphia Eagles announced that they signed 11 players to futures contracts. Let's briefly take go through all 11 of them, in alphabetical order.

• G/T Kayode Awosika: Awosika had a nice training camp, and he got to play 43 snaps against the Cowboys in the practice squad game. The Eagles are listing him as a guard/tackle, so it would appear that they are attempting to develop him into a versatile backup.

• WR Deon Cain: Cain was a sixth-round pick of the Colts out of Clemson in 2018. The Eagles are now his fourth team, after they signed him to their practice squad in October. He has just nine career catches for 124 yards. It's worth noting that Cain and Nick Sirianni had two years of overlap in Indy from 2018-2019. The Eagles should get a closer look at him in 2022 training camp.

• LB Christian Elliss: Elliss was an undrafted rookie in 2021, and has already bounced around quite a bit, going from the Vikings, to the Eagles, to the 49ers, and back to the Eagles.

• CB Craig James: James has been a good special teams player for the Eagles, but has struggled staying healthy.

• DE Matt Leo: Leo has stuck on the Eagles' roster since 2020 as a roster-exempt international player.

• DE Cameron Malveaux: Malveaux is 27 years old, and has been bouncing around the league since 2017. The Eagles became his seventh team in the NFL this season. He actually got meaningful snaps in the Eagles' playoff loss to the Buccaneers. He played 15 snaps, underscoring the Eagles' desperate need for more edge rusher depth this offseason.

• S Jared Mayden: Mayden was an undrafted safety out of Alabama who initially signed with the 49ers in 2020. He played in four games for the Eagles in 2021, making six tackles. He got some action in the regular defense against the Giants (21 snaps) and Cowboys (13 snaps).

• CB Mac McCain: McCain was an undrafted rookie free agent signing by the Broncos this year who was waived at 53-man cutdowns. In college at North Carolina A&T, he had eight career INTs, four of which he returned for TDs. After the Broncos waived him at 53-man cutdowns, the Eagles signed McCain to their active roster. He ping-ponged back and forth between the Eagles' and Broncos' rosters during the regular season, and is perhaps a player to keep an eye on in training camp in 2022.

• LB JaCoby Stevens: Stevens was the only Eagles drafted rookie not to make the 53-man roster out of training camp. He suffered a hamstring injury during camp, and missed substantial time. Stevens did appear in two games this season, against Washington and Dallas in the final two games of the regular season. He'll likely get another chance to make an impression in camp in 2022.

• TE Noah Togiai: Togiai almost made the 53-man roster as an undrafted rookie free agent in 2020. Instead, he was waived and the Eagles would have brought him back to their practice squad, but he was claimed by the Colts. He played in four games (no receptions) in 2020, and was waived/injured by Indy during 2021 training camp. The Eagles signed him to their practice squad in October.

• DT Marvin Wilson: Wilson was a 2021 undrafted rookie free agent signing of the Browns who did not make their final roster. He is a former five-star recruit out of high school who enrolled at Florida State, and at one time was thought of by the draft community as a possible high pick. He could challenge for a spot on the back of the roster in 2022.

The notable omissions from this announcement are the following practice squad players who have not yet signed futures contracts with the Eagles:

After the Eagles drafted Hightower with a fifth-round pick in 2020, he had a great rookie training camp, but his impressive play during the summer did not carry over into the real games during the regular season. He did not make the 53-man roster in 2021, and spent the season on the practice squad. With J.J. Arcega-Whiteside heading to injured reserve a week ago, it was mildly interesting that the team promoted KeeSean Johnson to play in the playoff game against the Buccaneers instead of Hightower. Hightower could perhaps be looking for an opportunity somewhere else.

Williams is probably the next most notable name, as he played in six games for the Eagles in 2020, collecting five tackles and a sack. He only appeared in one game in 2021, the practice squad game against the Cowboys.