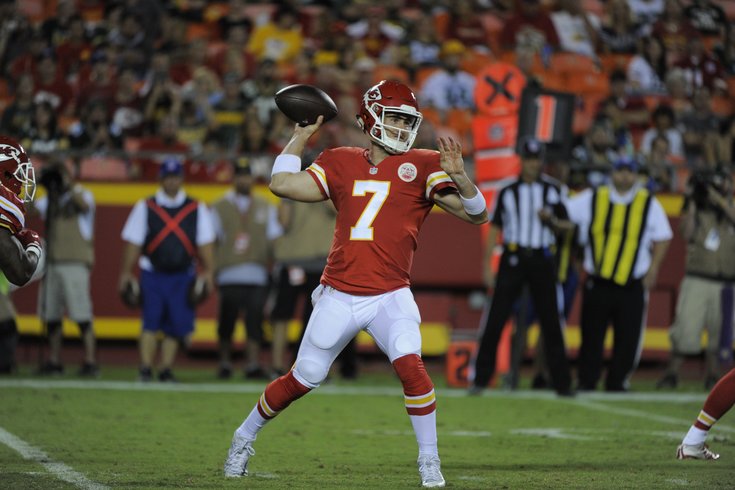 The Eagles have another Chiefs quarterback.

After the Philadelphia Eagles traded Sam Bradford to the Minnesota Vikings and released McLeod Bethel-Thompson at 53-man cutdowns, they were left with just two quarterbacks on the roster, Carson Wentz and Chase Daniel.

It was only a matter of time before they picked up a third quarterback. That third quarterback will be Aaron Murray, who formerly played for the Kansas City Chiefs under Doug Pederson and who will be added to the Eagles' practice squad.

Murray was a four-year starter at the University of Georgia from 2010-2013, where he threw for 121 TDs and 41 INTs over his career. He was a fifth-round pick of the Chiefs in the 2014 NFL Draft but never entered a game in the NFL. The Chiefs released him at 53-man cutdowns, and he signed to the Arizona Cardinals' practice squad. The Cardinals then released Murray on Monday.