Where, how and what to bet on (or against) the Eagles 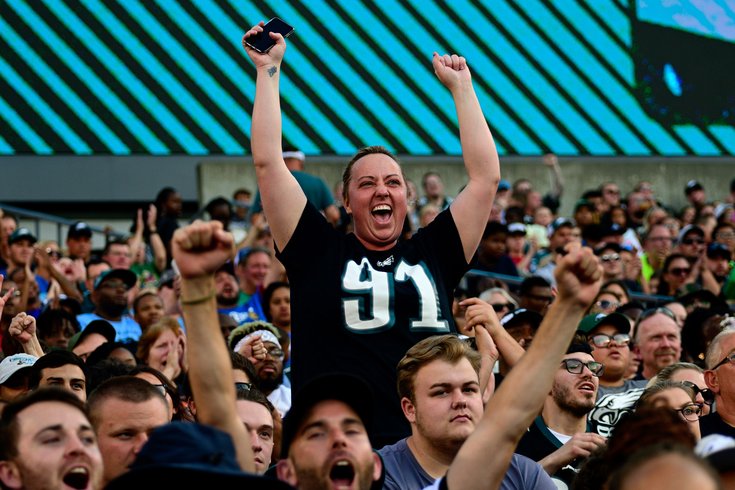 The time has arrived. The official kick off of NFL season is here, and for the first time ever, football fans in Pennsylvania can bet on NFL games online.

Before we get into previewing how to bet on the Eagles-Redskins at PA sportsbooks, let’s take a look at where you can place your action.

Five online sportsbooks are operational in Pennsylvania, accepting bets on the web and through iOS and Android apps. The former (iOS) is particularly noteworthy because initially it was believed that a recent Apple App Store policy update might impede the launch of betting apps on iPhones in PA, since many online casinos use web HTML code that Apple frowns upon. It’s unclear how several books are getting around this, but they are.

We like FOX Bet as the best choice for casual bettors in Pennsylvania.

Launching this week in New Jersey and Pennsylvania, FOX Bet is the sports betting brand from FOX Sports. They are the first US sports media company to launch their own sportsbook, following the SkyBet model from the UK.

FOX is leaning heavily on its personalities — Colin Cowherd, Charissa Thompson, and others — to promote the app and offer up daily odds boosts inside it.

You will likely be seeing and hearing a lot about FOX Bet in the coming weeks, so it’s worth getting on it now.

Meanwhile, while there was a lot of anticipation about DraftKings Sportsbook, we’re hearing they may be several weeks away from launching, as they have not yet received their license in PA and were left of the Pennsylvania Gaming Control Board’s schedule for a board meeting on September 4, meaning they may have to wait another month to get the green light in the state.

Other sites that are live include PlaySugarHouse, FanDuel Sportsbook, BetRivers, and Parx.

There are no shortage of locations to place your bet in PA.

SugarHouse was one of the first to open a sportsbook in the state last December.

Plenty of spots to lay your wager… though we prefer doing it from the comfort of our own couch.

How to bet the Eagles

I’m told by the editors here that they will have a detailed Eagles betting preview. But I wanted to share a few stats we came across in our research for Eagles-Redskins.

NFC East teams are not good as heavy favorites.

Currently, the Eagles sit as a heavy favorite at -10 at FOX Bet.

There are a few trends working against the Birds on a bet at that number.

The Eagles are favored at -10, which indicates an 83.3% implied win probability. Yet Nate Silver’s FiveThirtyEight gives them a 77% chance to win. Still good odds, for sure, but the delta means the Eagles are being juiced up, likely because PA sportsbooks take extreme action on local teams and thus are trying to make the Eagles a more expensive bet.

There are more game-based trends working against the Birds.

NFC East home division game favorites are 53-69-3 against the spread since 2005.

Also since 2005, NFC East teams favored by eight points or more at home are only 6-12 ATS. The last eight times an NFC East team was favored by nine or more in a division game at home, they’re 0-8 ATS.

The over? Not so fast

A play on the over in Doug Pederson openers is 0-3.

The call here, then, is logically a Redskins cover and the under.

Or, you know, you can just bet with your gut at put it all on THE BIRDS. As I might do.

Kyle Scott is the founder and editor of CrossingBroad.com.