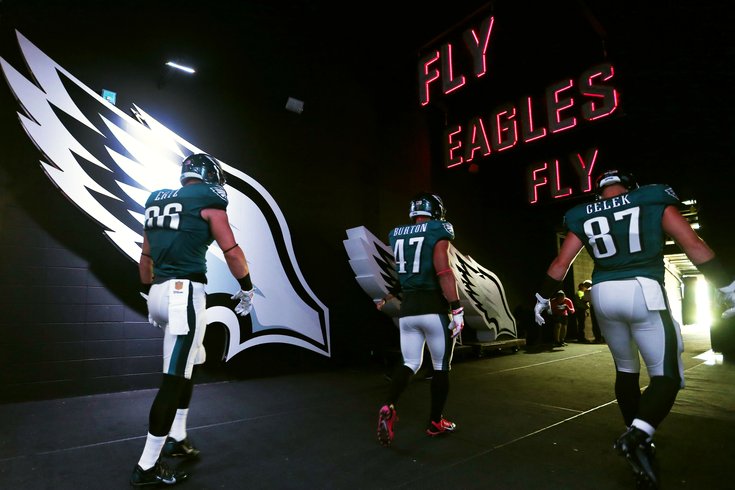 All three of the Eagles' tight ends are likely to return in 2017.

The 2016 Philadelphia Eagles season is essentially over, so with two games remaining, we'll continue to look ahead to the offseason. As a starting point, let's take a look at each position and figure out which players will be back in 2017. Today we'll look at the tight ends.

Ertz is a rare player in the Eagles' offense who can get open and make catches, collecting passes in volume (mostly at the end of the season). On the season, Ertz has 63 catches for 644 yards and 2 TDs. That's the good.

MORE ON THE EAGLES: Eagles RT Lane Johnson will start vs. Giants now that his 10-game suspension is over | Ten players the Eagles could draft with their first-round pick | Handing out 10 awards from the Eagles-Ravens game | Eagles 2017 opponents

The bad is that he does not do a good job getting yards after the catch, he's not a particularly good (or sometimes even willing) blocker, and he has not developed into a stud in the red zone.

Celek is the team's best blocking tight end. He's also a tough player and a leader. Unfortunately, he's not much of a threat anymore in the passing game, as he has just 10 catches for 119 yards on the season, although he gets every last inch out of every reception he makes.

In 2017, he'll count for $5 million against the cap, which is less than ideal, but there isn't much in the way of savings if he were cut or traded. Regardless, many of the Eagles' skill position players lack Celek's fire. He'll be back in 2017.

Burton is a special teams standout, and at a minimum, a quality third tight end who has the potential to do a variety of things in the offense. Last offseason, Doug Pederson wanted to keep four tight ends.

Last year, the tender amounts were as follows, and should increase a bit in 2017:

The Eagles are certain to tender Burton. It's just a matter of at which level. My guess is that the Eagles are likely to tender Burton at the "right of first refusal" level, and take a calculated risk that some team doesn't try to overpay him. Typically, teams are not keen on the idea of negotiating a contract for a player only to have the original team match the offer.