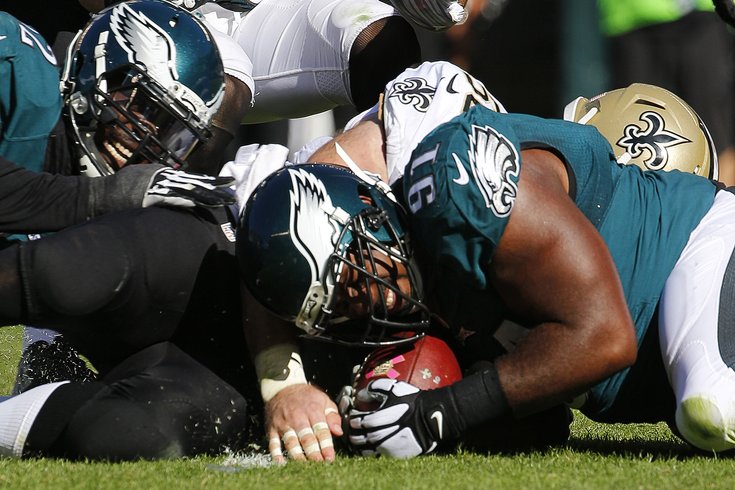 Forced fumbles are always on the minds of Eagles defenders.

Being in and around the NovaCare Complex as a reporter since OTAs began back in May, I've walked by tackling dummies that are holding footballs quite a bit. Oftentimes I'll swat at the ball as if to force a fumble. I never questioned why there were random tackling dummies strewn about, which is really a terrible non-observation on my part, seeing as the Philadelphia Eagles' facilities are generally spotless and organized.

It turns out they are strategically placed all around the complex so that forced fumbles are on the minds of the Eagles' defensive players.

For example, here's a tackling dummy just chilling outside the entrance to the auditorium: 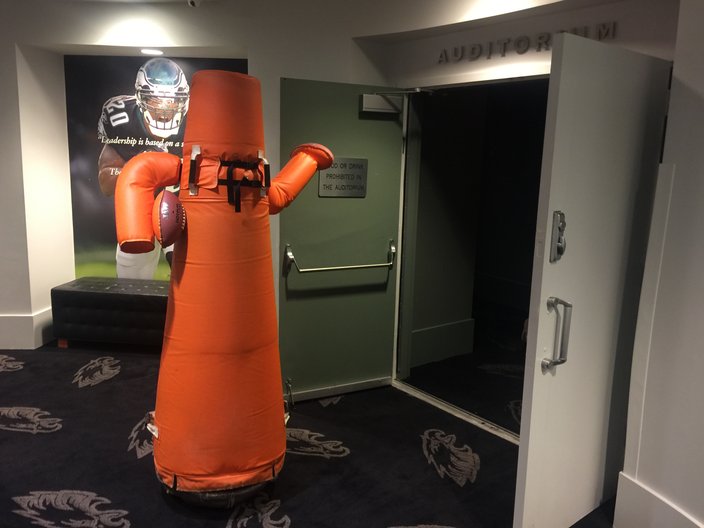 And another one leading out to the practice fields. 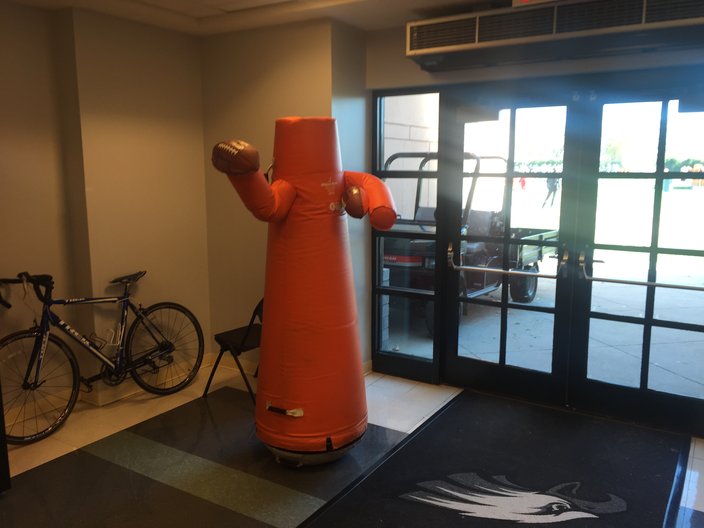 "That was a collective idea," said defensive coordinator Bill Davis. " We just said, 'How can we really put takeaways on the front of their minds?' So we got the dummies, the one throwing and the one holding the ball so it can be a passer or a runner, and we just said, 'Hey guys, in and out of every meeting just put it on your mind.' We all talk about habits, and habits reflect the mission. It's just a habit that we're trying to get to. Does it happen on the practice field? And most importantly, how many times are we actually attempting to punch the ball out in the game? Because the more shots on goal you get, the more success you have."

Through seven games this season, the Eagles have forced eight turnovers via fumbles. Only one team has more.

Now all they have to do is replace the hand soap in the wide receivers' bathroom with super glue.