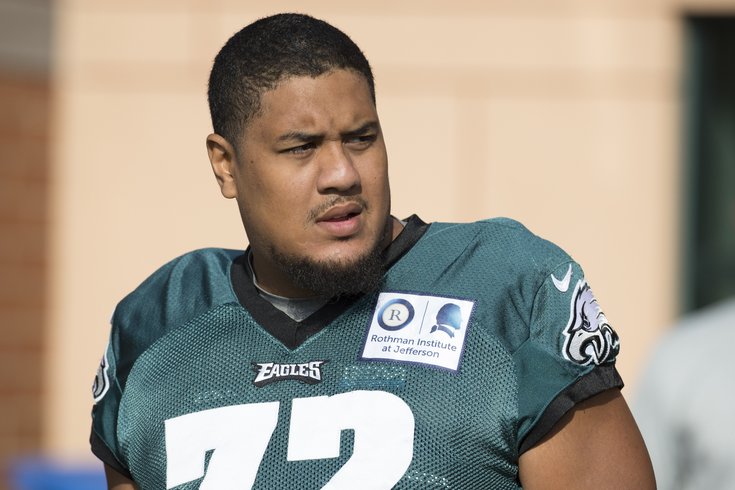 Fifth round picks are not locks to make the roster.

Saturday's Philadelphia Eagles training camp practice was another 10/10/10 session, which we explained earlier in camp. The Cliff's Notes version is that not much happened. And so, with a lack of on-field action today, we'll just give some general observations about his camp as a whole:

• As we noted in our "10 reasons the Eagles will be a dumpster fire" piece back in June, the Eagles special teams units could experience a fall back to Earth this season.

For all of his faults, one of the great things Chip Kelly did in his tenure with the Eagles was bring back great special teams play. In 2014 and 2015, the Eagles scored 10 special teams touchdowns, an absolutely ridiculous total.

Under Doug Pederson, the Eagles' practices are more instructive, and thus, slower. There are benefits and drawbacks to that approach, and one of the drawbacks is that the Eagles are paying far less attention to special teams in practice these days.

The Eagles still have standout special teams players like Darren Sproles, Chris Maragos, Bryan Braman, Trey Burton and Donnie Jones, but it's hard to imagine them maintaining the level of success they had under Kelly. Special teams coach Dave Fipp has had to make the most of his limited time coaching up his units.

• Another Kelly comparison to make is the number of gadget plays we can expect of the Eagles under Doug Pederson. When the Eagles hired Kelly, one of the perceptions was that Kelly would likely run a lot of trick plays. That never really happened. Kelly tried a "Swinging Gate" play Week 3 of his first season as the head coach, and then all but abandoned gadget plays from there on out after it failed.

Under Andy Reid, the Eagles liked to do some trick stuff. There was the onsides kick against the Dallas Cowboys in the "Pickle Juice" game. There was the Freddie Mitchell pass to Brian Westbrook. There was the Westbrook pass to Todd Pinkston, etc. Here's some video of more Andy hijinks.

And then there were failed trick plays as well. There was the gross fake punt against the Bears late in Reid's tenure in which Chas Henry babied an incomplete pass to Colt Anderson, or when Riley Cooper laid down in the end zone during a kick return against the New Orleans Saints.

In practices so far, the Eagles have run a few plays in which wide receivers have thrown passes. In OTAs and minicamp, Nelson Agholor and Josh Huff each got a chance to throw the football, and today Rueben Randle took a shot. I'd bet we'll see that at least once this season.

Some of those players got hurt. Others just stunk. But certainly, fifth round picks are not Teflon.