The minor earthquake was reported just after 2:00 p.m. 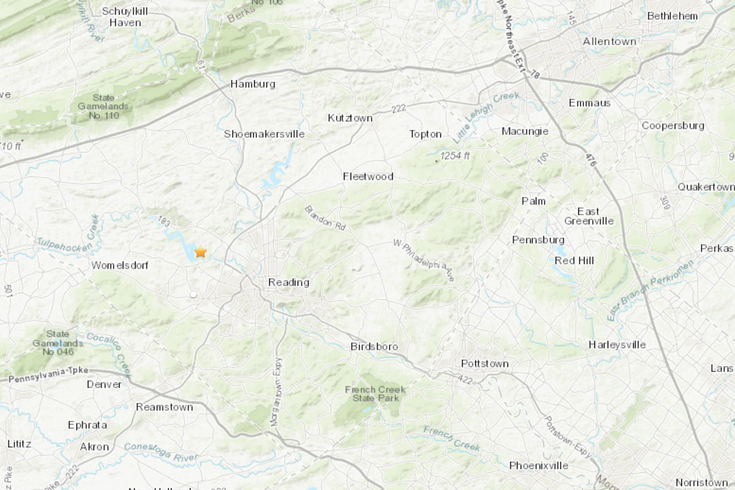 A 2.2-magnitude earthquake shook the ground in southeastern Pennsylvania on Friday afternoon, according to the U.S. Geological Survey.

A 2.2-magnitude earthquake shook the ground in Southeastern Pennsylvania on Friday afternoon, according to the U.S. Geological Survey.

The earthquake was reported just after 2:10 p.m. Friday in Berks County, at a depth of 2.0 kilometers, according to the USGS. The closest landmark to the quake, USGS said, is the Spring Ridge section of Spring Township.

As of 3:15 p.m., more than 60 people had already reported feeling the earthquake, almost all of whom were near Reading. All reports characterized feeling a "light" quake. Somehow, one report was sent from near Willingboro, New Jersey.

Some on social media also reported feeling the quake:

So, we had a loud boom followed by 2 more smaller ones today and shaking. I thought something outside our house blew up. Turns out it was a 2.2 earthquake according to the USGS. https://t.co/rU6A4cO1Ju

. @USGS Had a series of short but intense shaking in the Wyomissing, PA area over the last 15 minutes. Nothing appearing on the Latest Earthquakes map, however. Any way to confirm that the shaking was earthquake related?

Whether the earthquake caused any damage in the area is unknown.