The average price of a Philadelphia house has attained a new all-time record in value, according to a report.

Philly's house price index finished the first quarter of 2016 at a record 473.5. The previous high was 466.9 set in the second quarter of 2007 just before the subprime mortgage crisis. The city's house values bottomed out in early 2012. 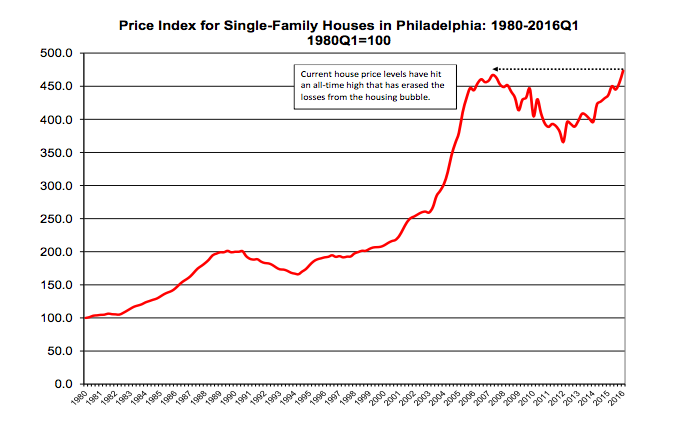 Kevin Gillen Ph.D., Senior Research Fellow at Lindy Institute for Urban Innovation and Chief Economist of Meyers Research LLC, writes that "implies that all of the losses in house price devaluation due to the bubble and subsequent recession have now been recovered."

Now that house prices have recovered, Gillen expects the market to restore itself to a "more balanced operational momentum."