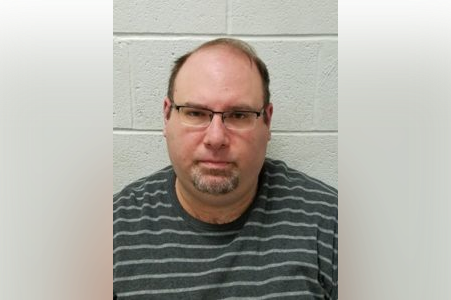 The editor-in-chief of a newspaper conglomerate with publications in Philadelphia and the surrounding suburbs has been arrested on possession of child pornography charges.

The Camden County Prosecutor's Office said Timothy Ronaldson, 35, of Cherry Hill, was apprehended at his residence Tuesday without incident.

Detectives had executed a search warrant at Ronaldson's house earlier in the day. Digital media devices allegedly found in the home led to Ronaldson being charged, authorities said.

Ronaldson is editor-in-chief at Newspaper Media Group, a company that runs the Star newspaper, Philadelphia Weekly, the South Philly Review and the Northeast Times, as well as papers in Bucks County and South Jersey. A call to the company seeking comment after business hours Tuesday evening wasn't immediately returned.

According to Ronaldson's LinkedIn profile, he has been an editor at Newspaper Media Group since 2005, assuming the role of editor-in-chief in March 2017.

Ronaldson was processed at the Cherry Hill Police Department and later released. The devices allegedly seized at his home have been sent to a forensic lab to be analyzed.