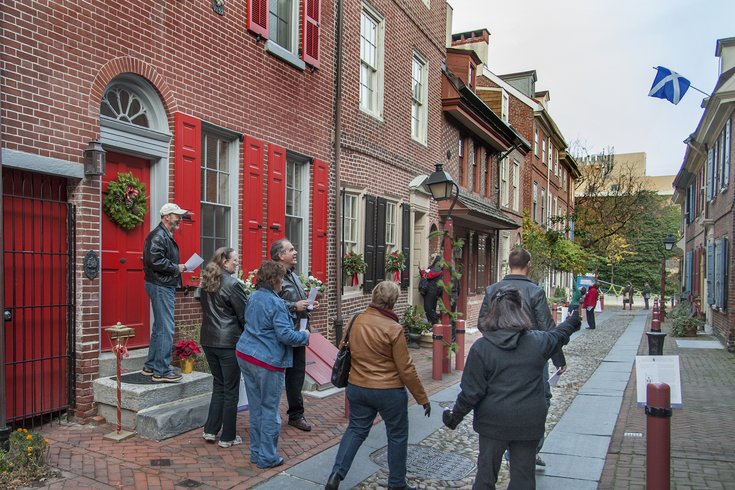 What's the most coveted real estate block in Philadelphia? If you're a sucker for Old City's brick sidewalks and history, it doesn't get much better than Elfreth's Alley.

If you have upward of $925 grand to spare, a house on the historic cobblestone street could be yours.

There are just 32 houses on the street that dates back to 1702, all of which were built between 1728 and 1836. It's the city's oldest continually habituated street, became a National Historic Landmark in 1966, and it's the go-to stock photo for anyone trying to summon an image of picturesque Philadelphia charm.

And, like a spot on the bedazzled blocks of Addison Street in Rittenhouse, it's nearly impossible to score a house there.

Owner Alfred Krawitz, 71, bought the property more than 30 years ago. It was recently photographed for the Philadelphia Business Journal, detailing some of what to expect from the quaint, 912-square-foot rowhome -- though it may leave something to be desired if you're on the hunt for something newly renovated inside. Small spiral staircases, exposed brick kitchen walls, and a small hearth outfit the space.

If you don't mind the cramped quarters, another thing you may need to get used to: tourists. Elfreth's Alley attracts at least half a million tourists a year, so you have to be good with dozens and dozens of people possibly looking through your window on a daily basis.