We tried it: Summit Acupuncture in Old City 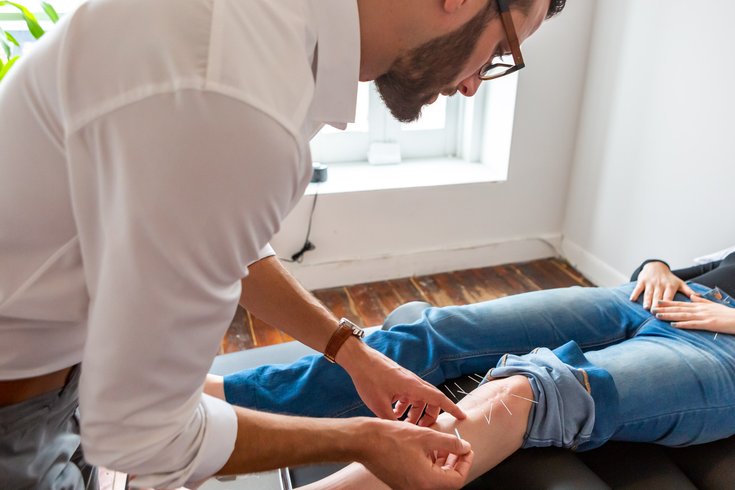 Jason Krantz, a licensed acupuncturist who recently opened a practice in Old City, treats PhillyVoice's Bailey King, using needles to break up scar tissue from an ACL repair surgery. "My goal here is to help people with whatever sucks or hurts, fix them and get them out of here."

Just mention the word “acupuncture” and most people wince. Needles. Being poked into the skin.

For the record, I wholly share that trepidation, but when I caught wind of a new acupuncture office opening in Old City Philadelphia, I knew I had to face my fears.

Summit Acupuncture, the practice of Jason Krantz, is a third-floor walkup opening into a bright and open space. The office, which is completely digital and paperless, is controlled by Krantz’s tablet — from check-in to office music. 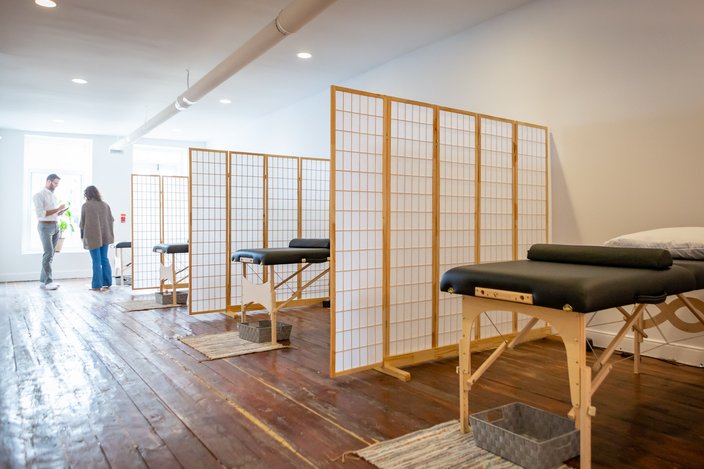 Summit Acupuncture on 3rd Street in Old City offers a semi-private environment that allows up to 4 patients to be treated at once.

Krantz opened Summit in mid-October after managing the Healing Arts Center in Rittenhouse for some time. He specializes in treatment for pain relief, headaches and migraines, and stress, depression and anxiety. Most notably, he has the ability to communicate the complexities of acupuncture and Traditional Chinese Medicine in an approachable manner.

RELATED READ: We tried it: A steel mace training workout in South Philly

A true skill, as what typically follows the needle response with acupuncture is a weariness to eastern modalities. But a quick glance at Summit’s Instagram account, where Krantz posts about successful treatments, will show that it’s no joke: in three sessions, Krantz claims he was able to reduce one patient’s leg tremor by about 90 percent.

Krantz explains further that he likes treating pain and headaches, specifically, because with the use of the right point, you can see immediate results — "it's really fun to see people's pain disappear all day," he said. 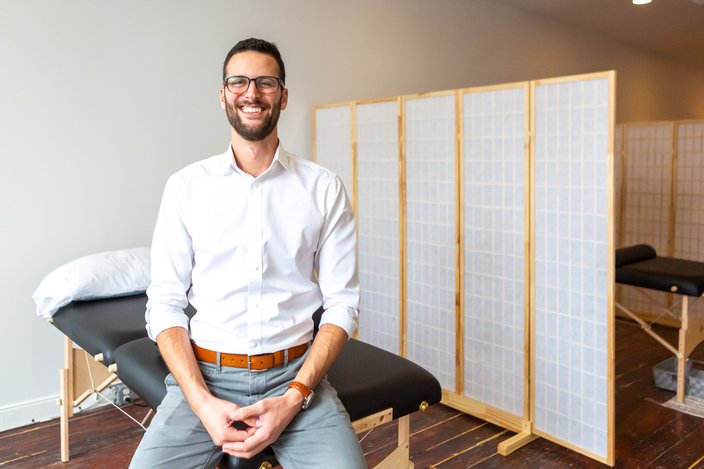 My experience was no different. The session began with Krantz asking me about my pain, which was primarily of the lower back variety from a strenuous WE/FIT class at City Fitness the night before. Immediately, Krantz knew where to insert the acupuncture needles — which, by the way, are the tiniest needles, much smaller than a baby needle, even — to relieve the pain.

Interestingly, a corresponding spot for back pain was the back of my head — which I eventually laid down on, and it was totally fine! I’m not lying when I say that the pain immediately dissipated. Krantz explains that acupuncture specifically, and Traditional Chinese Medicine generally, holds that there are channels in the body that are all related. For example, if you come to Krantz for migraines, he might insert needles in specific spots on your finger tips to relieve the pain. 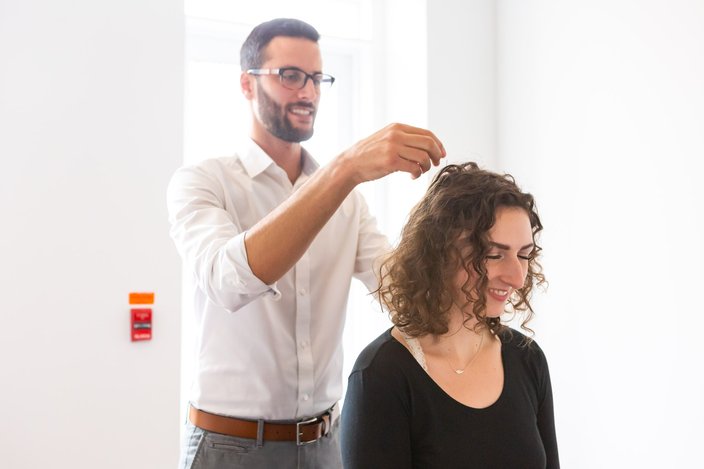 Jason Krantz inserted acupuncture needles into the back of PhillyVoice reporter Bailey King's head to treat lower back pain.

And this is kind of how you can expect most sessions to go at Summit: you tell Krantz about your pain or issues, as widespread or specific as they might be, and he gets to work putting needles in the proper places to provide relief.

While giving my medical history, I told Krantz about some irregular knee issues I've had since surgery to repair a torn ACL six years ago. After giving it a feel, he noticed that I had some built-up scar tissue around the scar and, little did I know, acupuncture can also help break up scar tissue! So, he inserted about nine needles around my scar and mind you, this is a very sensitive area for me and the needles didn’t hurt at all — it just felt kind of funny.

Krantz continued the treatment by inserting needles all over the rest of my body — on my feet, in the achilles tendon-area (which actually felt very good!), on my hands and wrists and on my forehead and ears — which are really supposed to help you relax. 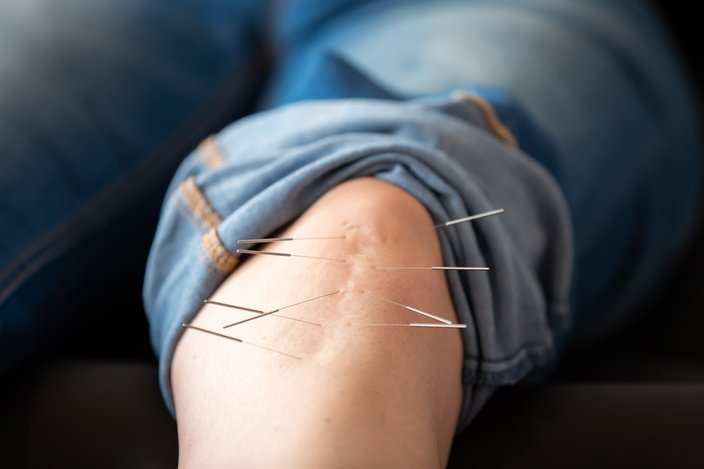 Acupuncture needles are placed near scar tissue from an ACL tear surgery.

And then, you just let it all soak in for about 30 minutes. Krantz leaves you to relax, needles still inserted, and breathe or nap (or take selfies of the needles sticking out of your body). I personally found it a little difficult to relax, but I think it’s something I could get used to and eventually be able to breathe my way into acceptance. After the needles are removed, you can expect to feel relaxed, refreshed and all sorts of zen.

Krantz also offers an interesting alternative called electroacupuncture, which passes a small electric current between needles to provide some extra healing for injured and over-used areas of the body.

"Yes, acupuncture on a regular basis will make you feel better — it will improve cardiovascular function and central nervous system functions and will make you feel and sleep better," Krantz said. "My goal here is to help people with whatever sucks or hurts, fix them and get them out of here."

Treatments cost $55 for new and existing patients. Students and veterans pay $40 per treatment.