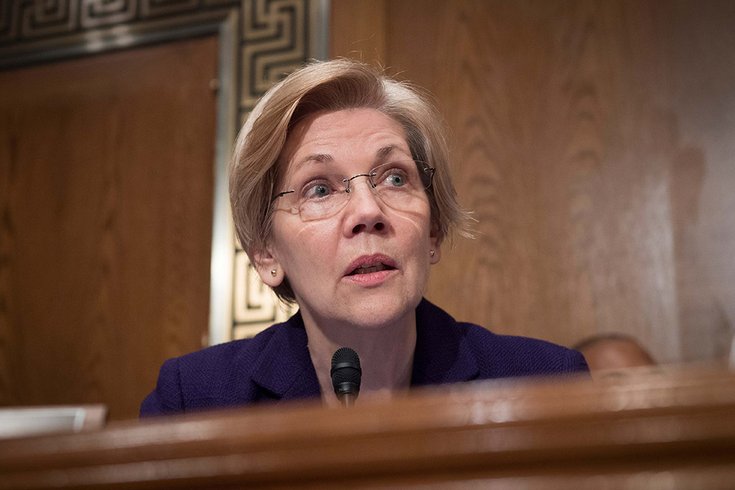 Sen. Elizabeth Warren became the first major Democratic candidate to officially announce she'll run for the the party's 2020 presidential nomination. She declared her intentions on New Year's Eve in an email to her supporters.

Warren, who represents Massachusetts, says she will form an exploratory committee, which allows her fill staff positions and raise money, without formally starting her presidential bid.

In a video posted on social media Monday morning, Warren highlighted her working-class roots growing up in Oklahoma. She also echoed her anti-Wall Street stances and defended her "watchdog" mentality as the working class is "under attack," she said in the video.

"Every person in America should be able to work hard, play by the same set of rules, & take care of themselves & the people they love," Warren posted on Twitter. "That’s what I’m fighting for, & that’s why I’m launching an exploratory committee for president."

Every person in America should be able to work hard, play by the same set of rules, & take care of themselves & the people they love. That’s what I’m fighting for, & that’s why I’m launching an exploratory committee for president. I need you with me: https://t.co/BNl2I1m8OX pic.twitter.com/uXXtp94EvY

According to the New York Times, the 2020 Democratic nomination is expected to be the most crowded since 1992, as there's no obvious front runner or leader in the party as we move into the new year.

President Donald Trump has already announced he will seek re-election. Former Vice President Joe Biden and Vermont Sen. Bernie Sanders are expected to disclose their own plans for campaigns later this winter. New Jersey Sen. Cory Booker also is expected to make an announcement after the holidays.