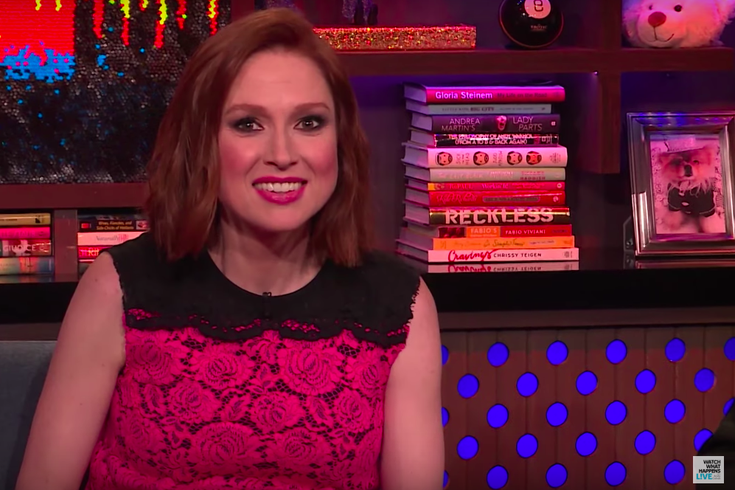 Ellie Kemper from "The Office" said a reboot of the series is not likely, but suggested a reunion episode could be more feasible.

Adorable "Unbreakable Kimmy Schmidt" red head and beloved former secretary to one of the Internet's most-watched series, Ellie Kemper, had some interesting things to say about a reboot of "The Office" this week.

Kemper was on "Watch What Happens Live with Andy Cohen" on Thursday night and one viewer found a way to sneak in the question we all wanted answered: Will "The Office" get another shot, or not?

RELATED: Rob McElhenney and 'It's Always Sunny in Philadelphia' cast are taking over Dunder Mifflin from 'The Office'

"How annoyed do you get when people ask you about an 'Office' reboot? And what are the chances of it actually happening?" one bold caller asked over the phone.

Her response: "I would love there to be a reboot, but I don't think there will be," she said. "So, that's a sad answer."

"But maybe like a reunion episode? That would be fun."

Yes, Ellie! That would be fun!

This is the first we're hearing of a reunion episode in Dunder Mifflin, Scranton, but it has a nice ring to it.

There hasn't been too much buzz surrounding "The Office" this summer, except for that Netflix will soon have to give up the series to NBC Universal starting in 2020.