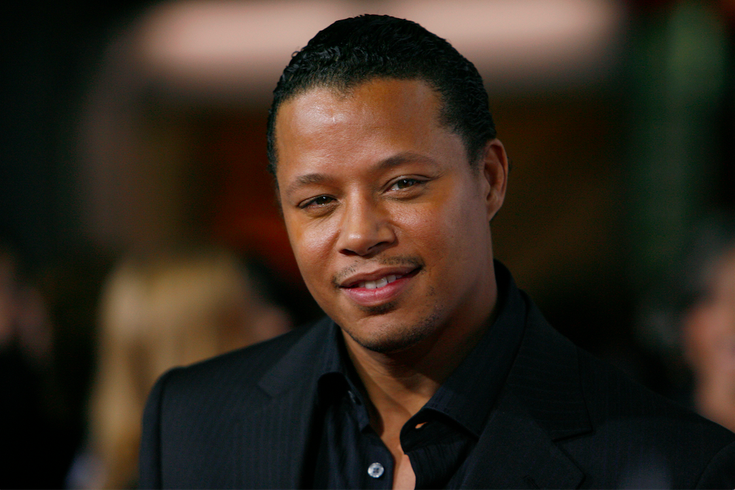 Actor Terrence Howard arrives at the film premiere of "Pursuit of Happyness" in the Westwood section of Los Angeles on Thursday, Dec. 7, 2006.

Terrence Howard, the star of Fox's hit drama 'Empire,' was hit with a civil lawsuit on Tuesday from ex-wife Michelle Howard, who claims the actor assaulted her in 2013 at a rental house in Costa Rica.

According to The Hollywood Reporter, the civil complaint filed in Los Angeles states that the alleged incident occurred on the night of July 29, 2013.

Howard "followed Plaintiff into the restroom of the rental house and punched her on the left side of her face. Defendant also grabbed Plaintiff by her neck and pushed her against the bathroom wall and strangled her for several seconds," states the complaint. The filing continues he "grabbed her neck again and pinned her against the shower glass and her head hit the wall" when she tried to flee the room, leading the actor's son-in-law Billy to intervene.

The complaint also accuses Howard of making life threatening remarks to Michelle and later charging at her before she pepper-sprayed him.

Without specifying damages, the complaint claims assault and battery as well as intentional and negligent infliction of harm. Howard is also accused of defamation for publicly making false accusations that his ex-wife made threats against his life and the lives of his family members via social media accounts.

Howard, a resident of Lafayette Hill in Montgomery County, Pennsylvania, was previously arrested in 2001 on charges of assaulting then-wife Lori McCommas. In 2011 divorce papers, Michelle stated that Howard frequently hit her. In 2013, she received a restraining order against him.

Executives with Fox TV group have stated previously that they were unaware of the allegations against Howard before they began working with him.

Howard and his reps have not responded to inquiries regarding the lawsuit.