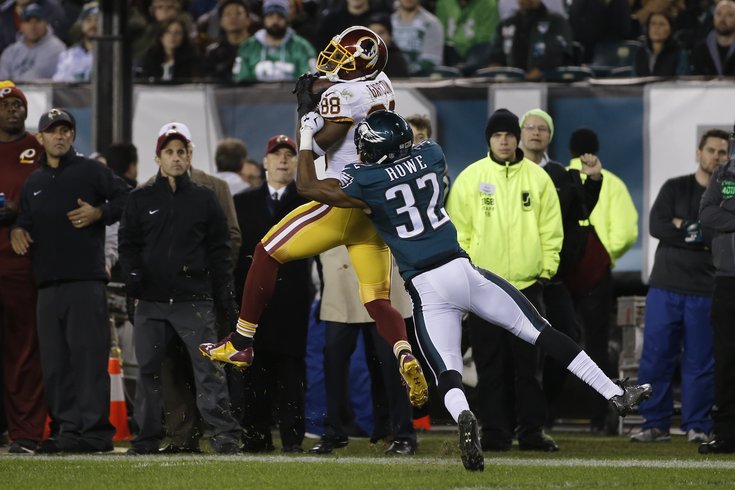 As a rookie second round pick, CB Eric Rowe had a few "Welcome to NFL" moments in a Thanksgiving game to forget against Calvin Johnson and the Detroit Lions, but otherwise had a good first season.

Unfortunately for Rowe, in the NFL, often times it can be, "What have you done for me lately?"

During spring practices, Rowe was among five players we thought did not impress. Here's what we said:

Personally, I think Rowe is a good player who played really well last season as a rookie. However, the Eagles' defensive backs have had a boatload of pass breakups, but Rowe hasn't really gotten in on the action all that much. Leodis McKelvin and Ron Brooks, two former Jim Schwartz players in Buffalo, have been mainstays with the first team defense. Rowe was initially coming in as the nickel corner (he would play outside with Brooks moving into the slot), but more recently, that role has gone to Nolan Carroll and Jalen Mills. Rowe may not be a slam-dunk starter that many (self included) thought he'd be this season.

Free agent CB Leodis McKelvin feels like a near certainty to start at one corner spot in 2016. McKelvin aside, Pederson was asked what he thought of the rest of the corners.

"I think there's great depth there," Pederson said. "I think with the addition of Jalen Mills brings some good competition there. You have Ron Brooks sitting over there. Nolan (Carroll) is coming off the injury. I expect him to fully compete at that spot."

When asked what kind of spring Rowe had, Pederson was initially complimentary.

But when hit with a follow-up question on Rowe, Pederson admitted that Rowe has fallen behind.

"He's learning a new defense," said Pederson. "He's learning some new techniques this year from Coach Schwartz's D, and there were some hiccups in the road earlier this offseason and he was pulled back a little bit, but you just want to see that growth and that development with any player on your roster."

Uh oh. There's a near zero percent chance Rowe will be cut, but the starting job that many of us assumed Rowe would have after the 2015 season ended is seemingly far from his grasp at the moment.