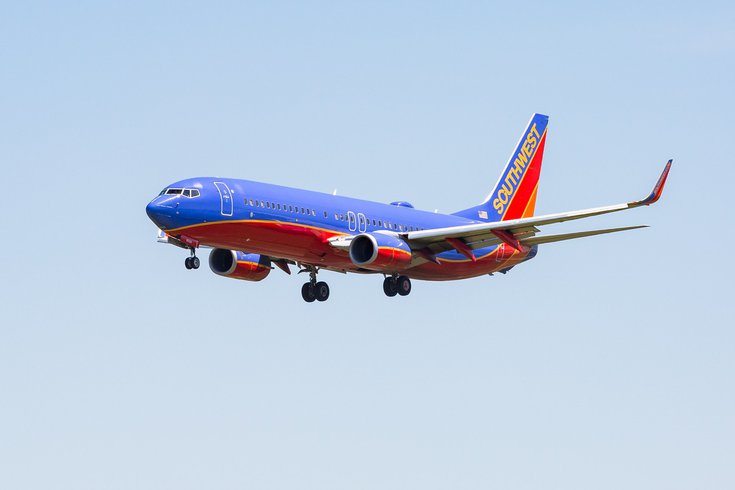 An ex-Southwest Airlines pilot pleaded guilty for exposing his genitals on a flight out of Philadelphia and was charged with a $5,000 fine and put on unsupervised probation.

A retired Southwest Airlines pilot was put on probation Friday after pleading guilty to watching pornography during a flight from Philadelphia to Florida last year and exposing his genitals to a female first officer.

Michael Haak, 60, was sentenced to one year of unsupervised probation and a $5,000 fine by U.S. Magistrate Judge J. Mark Coulson, the Associated Press reported.

On Aug. 10, 2020, on a flight from Philadelphia International Airport to Orlando International Airport, Haak got out of the pilot's seat and "disrobed" once the plane reached cruising altitude and started watching pornographic material on a laptop computer in the cockpit, prosecutors said.

Haak expressed remorse and apologized for his actions during the hearing.

“It started as a consensual prank between me and the other pilot. I never imagined it would turn into this in a thousand years,” Haak said during a remote hearing.

Haak was charged in Maryland because that was the state the plane was flying over during the incident, BBC News reported. He pleaded guilty to intentionally committing a lewd, indecent or obscene act in a public space, a misdemeanor punishable by a maximum of 90 days in jail.

The judge said Haak's actions had a traumatic effect on the co-pilot and could have impacted the safety of the passengers and other co-workers.

“Nonetheless, Southwest did investigate the matter and as a result, ceased paying Mr. Haak any benefits he was entitled to receive as a result of his separation from (the airline),” Spokesperson Chris Mainz said.

Haak is a resident of Longwood, Florida, and was a Southwest pilot for 27 years. His last flight for the airline was Aug. 31, 2020.