Philly schools may operate on new schedules next fall 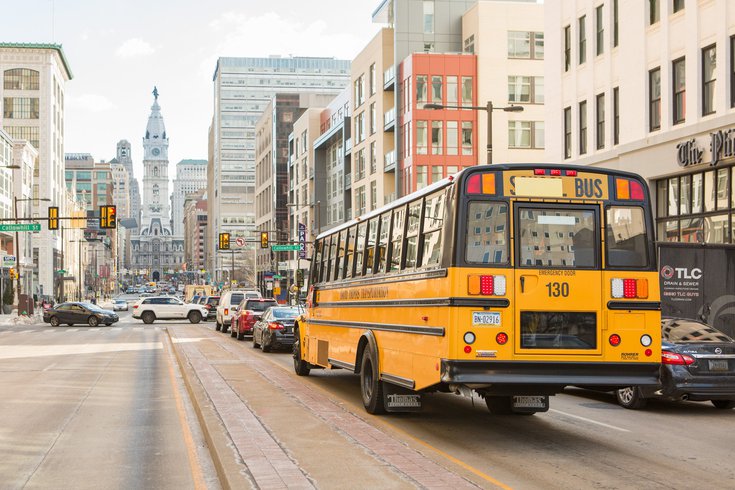 Students in the School District of Philadelphia may have their morning start times shifted by as much as two hours next fall.

The district is exploring the idea of a three-tiered, uniform bell schedule to streamline bus schedules and address transportation staffing issues, Superintendent William Hite said. But some parents and teachers are not on board.

The district currently has more than 20 start times across its schools. Under the three-tiered bell schedule, schools would begin at 7:30 a.m., 8:15 a.m. or 9 a.m. The change would affect nearly all of the district's 120,000 students, 6ABC reported.

This change is not finalized. The school district will seek input from parents and create focus groups before making it official.

"We realize that making needed changes to bell schedules has many implications for staff, students and families, so we are in the process of getting input from school leaders," Hite said.

All of the Philadelphia schools that resumed in-person operations this year have been using this three-tiered schedule, including the archdiocesan and charter schools, Hite said.

The districts notified schools of the proposed changes Monday, one day before they needed to finalize schedules, per the district's contract with the teachers union, the Inquirer reported. Under the new plan, most middle and high schools would start at 7:30 a.m. — earlier than they currently do and despite research suggesting teenagers need later start times.

The American Academy of Sleep Medicine and the American Academy of Pediatrics both recommend middle and high school students start classes no earlier than 8:30 a.m. Later start times better align with teenager's natural body clocks, which may benefit their physical and mental health, safety and academic achievement.

There's been some push back from local teachers on the move to a new schedule. The Philadelphia Federation of Teachers called the timing of the proposal "unacceptable," WHYY reported.

"Changing schedules by two hours without any input from the school community is nonsensical, and will pose extreme hardships on students, staff and families," PFT representative Hillary Linardopoulos told WHYY.

“The [PFT] said the timing of the proposal, released just a day before schools were supposed to finalize schedules through individual school committees, is ‘unacceptable’ and ‘in stark contrast to the school-based process that is in place.’” #phled

PFT President Jerry Jordan said the union will meet with district officials to determine the details.

"We'll look at what the discrepancies are and see if we can't resolve the issues of the schedules for those schools," Jordan told 6ABC.