An extremely rare, game-worn Phillies jersey is up for sale 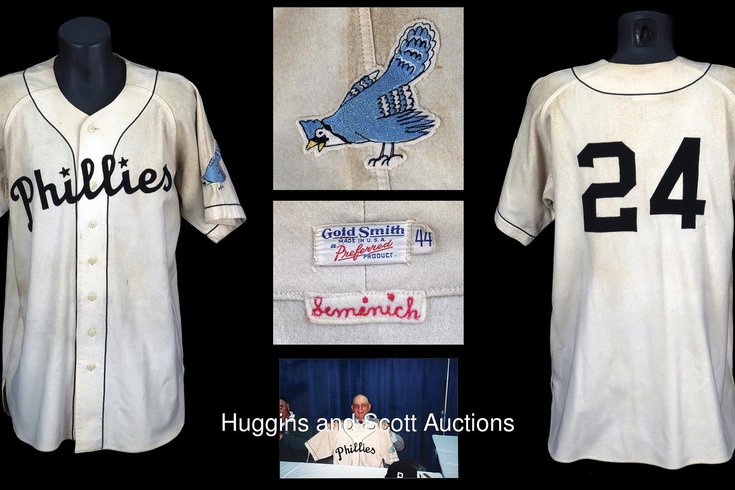 A rare, game-worn Phillies jersey up for an online auction.

Want to own a rare piece of Phillies history?

You can, but it'll cost you a few thousand dollars.

An online auction at Huggins & Scott is letting fans bid on a game-worn Phillies jersey used by former catcher Andy Seminick, who played for the team in the 1940s and 50s.

The jersey features a short-lived logo experiment the Phillies tried, putting a patch of a blue jay on the sleeve. According to Chris Creamer of SportsLogos.net, the Phillies were thinking about experimenting with their nickname in 1944, hence the addition of the bird.

Trying out new team names was a popular trend at the time, but most of the alternate names were short-lived, Creamer writes. 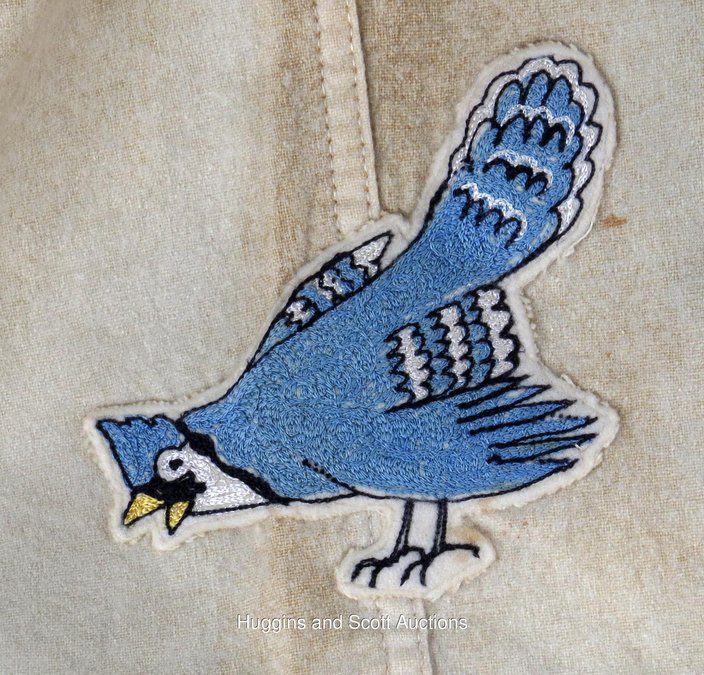 A rare, game-worn Phillies jersey up for an online auction.

The jersey up for auction is pretty authentic, according to the online description:


His Goldsmith size-44 jersey shows terrific game use with moderate to heavy wear overall including slide soiling and sweat marks, as well as a small tear on the front torso. "Seminick" is chain-stitched on a tag inside the collar. Best of all, in addition to the iconic two-star Phillies font, there is also the near-mythic Blue Jay sleeve patch, which is superbly preserved in NM condition.

Snagging the jersey will cost you. As of Saturday morning, there were 16 bids, with the highest coming in at $17,250. The auction runs through Thursday, Aug. 3.