Falcons apologize after asking NFL prospect if he likes men 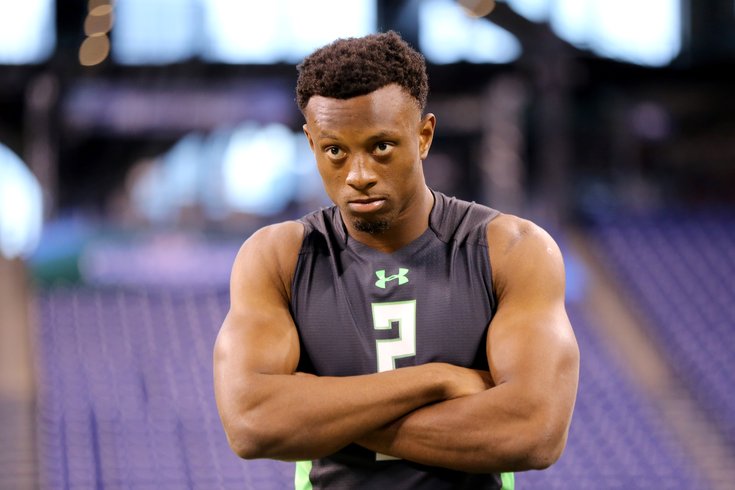 There are a few things you're never supposed to ask an applicant during a job interview – like age, religion, ethnicity, or political affiliation. You're also not allowed to ask a woman if she is pregnant or planning on becoming pregnant. And you certainly can't ask a candidate about his or her sexual orientation.

It's not just that asking those questions are inappropriate, it's illegal.

And when draft prospects meet with NFL teams during the Combine, they're being interviewed for a potential job. The same rules should apply. As we've learned over the years, however, teams ask all sorts of strange questions – sometimes just to gauge a reaction – that can border on insensitive. Like the time the Dolphins asked Dez Bryant if his mother was a prostitute. Seriously.

You may not like those types of questions, and you wouldn't be alone, but they usually don't cross over into the illegal.

This year, however, one of the coaches for the Atlanta Falcons did just that when he asked Ohio State cornerback Eli Apple if he liked men.

Apple, who is projected to go in the middle of the first round, appeared on CSN Philly's Breakfast on Broad on Friday morning and told the story of what happened during his interview with the Falcons.

"I've been asked a lot of weird questions. I don't know if I could say on TV," Apple said.

"The Falcons coach, one of the coaches, was like, 'So do you like men?' It was like the first thing he asked me. It was weird. I was just like, 'no.' He was like, 'if you're going to come to Atlanta, sometimes that's how it is around here, you're going to have to get used to it.' I guess he was joking but they just ask most of these questions to see how you're going to react."   [CSNPhilly.com]

I'm not sure what the Falcons coach in question was trying to accomplish by asking that question, and his follow-up to Apple's response is even more confusing. I can't help but wonder what would have happened if Apple said that he was gay. How would the interviewers have responded to that? Would that have changed their minds on potentially drafting Apple?

And what would have happened if he refused to answer? Or if he simply shot back, "Why? Are you?" It's hard to imagine they wouldn't have held that against him.

“I am really disappointed in the question that was asked by one of our coaches. I have spoken to the coach that interviewed Eli Apple and explained to him how inappropriate and unprofessional this was. I have reiterated this to the entire coaching staff and I want to apologize to Eli for this even coming up. This is not what the Atlanta Falcons are about and it is not how we are going to conduct ourselves.”   [CSNPhilly.com]

Going forward, hopefully prospects – or any job applicants in any field – won't have to worry about being asked such a personal question. But just in case, try answering their question with a question of your own.

"Why does that matter to you?"

See how they handle that one...