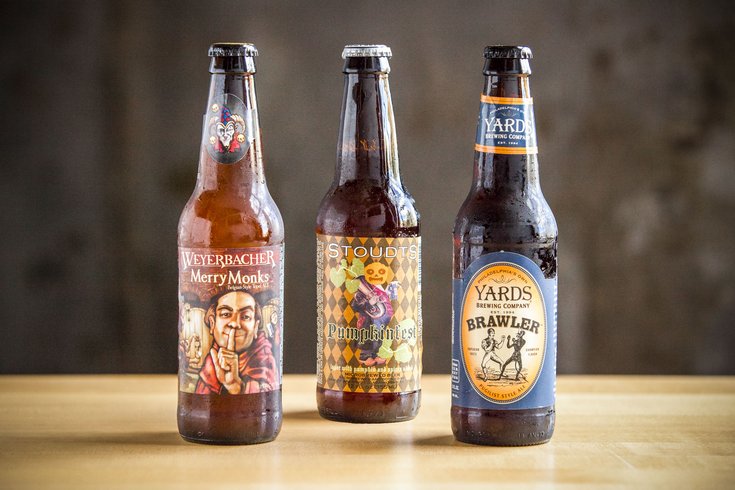 From left to right: Weyerbacker Merry Monks, Stoudts Pumpkinfest and the Yards Brawler.

With the fall season well upon us, local craft brews are plentifully stocked in bottle shops and on taps across the region. Sorting through which beers are worth trying, however, is more complicated than it sounds.

To weed through the seasonal selection, we asked 15 brewers throughout the Tri-state area to share which beers are satisfying their taste buds this fall. The only rule? No choosing your own brews, of course.

The Brew: White Chocolate Pumpkin Porter
The Brewer: Neshaminy Creek
The Taste: "It's a beautifully crafted porter with just-right notes of pumpkin spice and a hint of chocolate at the finish."
Why I Picked It: "It's tough to marry two distinct flavors like this and have them both shine through without mixing into a sweet mess. This one does just that."

The Brew: Oktoberfest
The Brewer: Stoudts
The Taste: "Their Oktoberfest has a great malt character and a clean finish. It’s almost a winter warmer, but not quite, which is why it’s perfect for this time of year."
Why I Picked It: "Because this is the kind of beer Stoudt's does best." 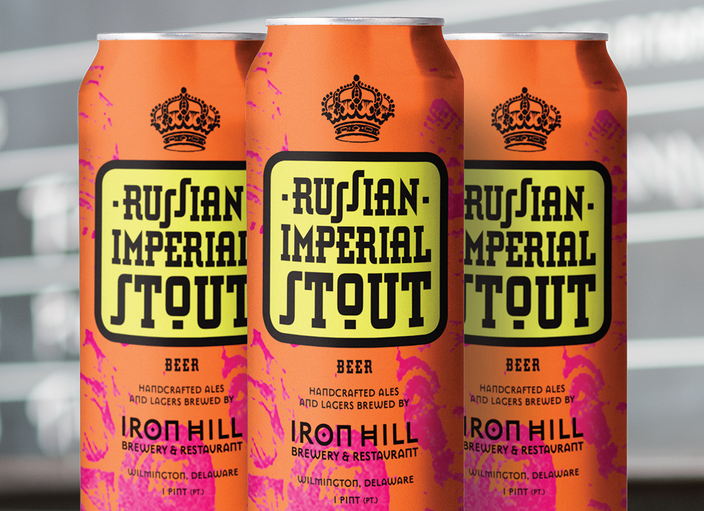 The Brew: Russian Imperial Stout
The Brewer: Iron Hill Brewery
The Taste: "Like Heaven."
Why I Picked It: "It's a killer beer from our region. Oh, and it took silver at the Great American Beer Festival this year. No big deal, Mark [Edelson, Iron Hill founder]."

The Brew: Extra Special Ale
The Brewer: Yards Brewing Company
The Taste: "Malty, bready, a little bit of toffee and a little bit of a hoppy bite."
Why I Picked It: "The classics never go out of style." 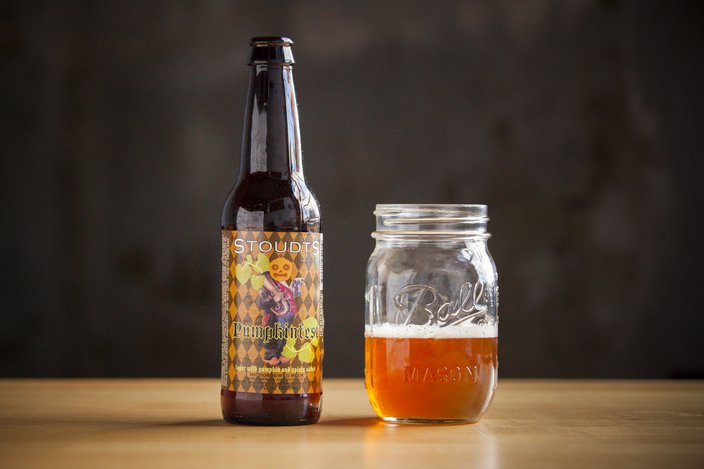 The Brew: Pumpkinfest
The Brewer: Stoudts
The Taste: "A wonderfully clean lager brewed with hints of pumpkin and spices."
Why I Picked It: "In a season full of pumpkin ales, this beer is a nice treat! It's hard to find this year, but it has been one of my favorite beers of the season."

The Brew: The Russian
The Brewer: 2SP Brewing Company
The Taste: "It tastes full-bodied, like chocolate, a roast and it's sweet."
Why I Picked It: "It's a perfect Russian Imperial Stout from one of the best brewers in the country. It's a great pairing with Stilton [cheese], beef stew and vanilla ice cream. It's my favorite fall/winter beer!" 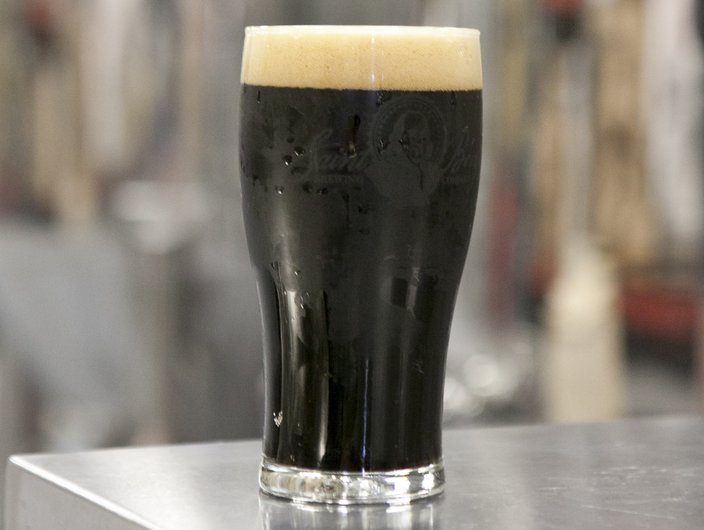 The Brew: Little Peat
The Brewer: St. Benjamin Brewing Company
The Taste: "Smoked ham, espresso, Baker's chocolate and earthy bitters."
Why I Picked It: "The roasted and smokey flavors bring a complexity, and the dryness allows for 'session ability.' This beer brings to mind the beautiful cool nights of fall sitting on my porch or around a fire."

The Brew: Poor Yorick
The Brewer: Forest & Main
The Taste: "The beer is a dark mild, a little darker in color with nice rounded chocolate and caramel flavors. It tastes especially good to me with the smell of turning leaves all around."
Why I Picked It: "Although it is available year-round, I think it is especially pleasant to drink on the porch of their restaurant in the cooler months of autumn."

The Brew: What The Butler Saw
The Brewer: Forgotten Boardwalk Brewing Company
The Taste: "A crisp wheat with an almost vinegary, sharp taste to it. There is a grouping of citrus flavors throughout the sip that make the beer stand out from other wheats."
Why I Picked It: "With the wide variety of “Curious Ales,” Forgotten Boardwalk is a brewery that is on my list to get to. We had a bus-load of birthday celebrators start and end at Crooked Eye on Saturday, and when I saw they were hitting Forgotten Boardwalk on their journey I handed them a growler and asked them to grab me the Funnel Cake Ale. Since they don’t sell it by the growler-full, my newfound beer friend grabbed me his second choice, which I enjoyed the next day." 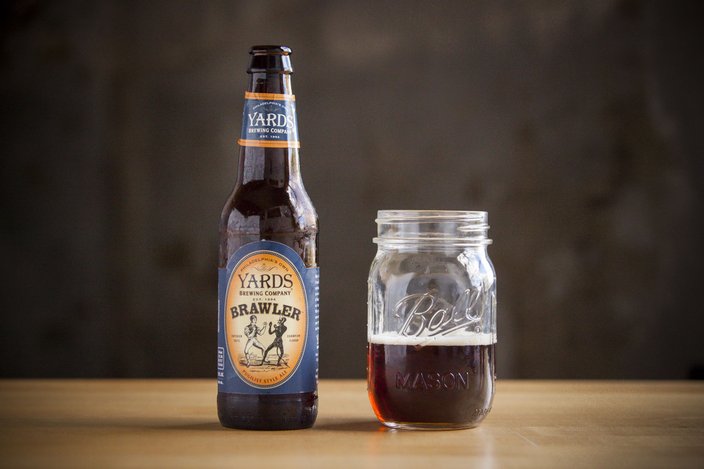 The Brew: Brawler
The Brewer: Yards
The Taste: "It has toffee, chocolate and caramel flavors that complement the fall season."
Why I Picked It: "Because it's a damn fine beer from one of Philly's best brewers."

The Brew: St. Boisterous
The Brewer: Victory
The Taste: "It's a malty maibock that's bready and has a malt sweetness that finishes light for a 7.5 percent A.B.V., but still warms you up a little in the early spring. It's easy to drink a few."
Why I Picked It: "Smooth, clean and malty -- and my daughter's name is Mai, and her last name is Bock."

The Brew: Solaire Reserve
The Brewer: Forest & Main
The Taste: "Like crackery, peppery, citrusy sunshine."
Why I Picked It: "It's a bada** beer brewed by sweet guys." 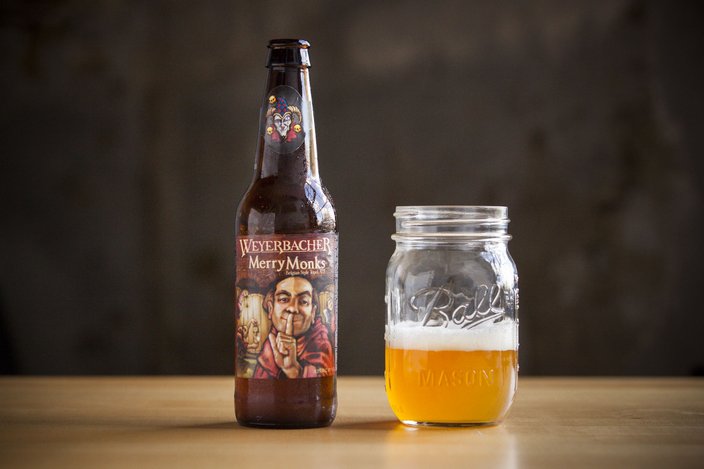 The Brew: Merry Monks Tripel
The Brewer: Weyerbacher Brewing Company
The Taste: "It's a great, classic Belgian with a yeast nose and a malty-yet-crisp, boozy mouthfeel. And it goes down smooth."
Why I Picked It: "Excellent representation of a classic Belgian from an equally excellent American brewery."

The Brew: DirtWolf
The Brewer: Victory
The Taste: "A serious [Double IPA] that values balance over bitterness. It’s a wonderful blend of malt and hop flavors. Grapefruit, pine, floral, candied stone fruit and citrus with a nice bitterness that isn’t palate-wrecking."
Why I Picked It: "We love whole flower hops, and this is the kind of IPA we want to drink in the fall/winter. Hats off to Victory for making our go-to cold weather beer."

The Brew: Oktoberfish
The Brewer: Flying Fish Brewing Company
The Taste: "Rich malt and bread flavors, and a nice noble hop aroma with a mildly sweet finish."
Why I Picked It: "I love a solid Marzen/Oktoberfest for sitting around the campfire or working in the yard on a cool day. I don't want to be overwhelmed with bitterness and hops when I'm working in the yard; I want a smooth, refreshing beer that still has a kick, and this beer fits the bill for me."