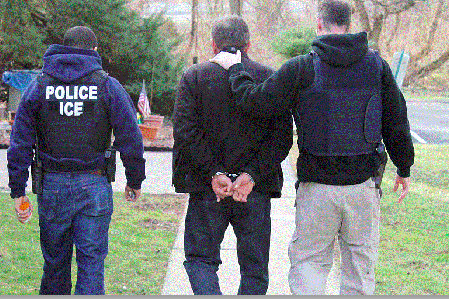 A group of protestors are gathering at Philly's U.S. Immigration and Customs Enforcement office today for a spur-of-the-moment event to condemn the White House's policy on separating families at the border.

The umbrella organization spearheading the events nationwide — which, by the way, now has more than 70 planned today — is called Families Belong Together. According to its website, the group "opposes the cruel, inhumane and unjustified separation of children from their parents along the U.S. border with Mexico and at other ports of entry into the U.S."

The U.S. government has been separating family members seeking asylum who illegally enter the U.S. at the border with Mexico. Because crossing their entry into the county is illegal, the parents are being sent to jail, while the children are marked as "unaccompanied minors" and sent to government custody and foster care.

And the protest isn't just about the policy, but about the conditions at the border and the "irreversible trauma that has already been perpetrated on these children."

A Facebook event marked 142 people as "going" and 825 people as "interested" in the event. June 14 was chosen because it's Flag Day, a holiday that marks the day Congress selected the "stars and stripes" to be the United States flag in 1777.

"The 14th was picked for a few reasons," the protest's Facebook event reads. "One reason is that it is flag day. The flag should represent the best that we are, and separating children from their parents is not that."