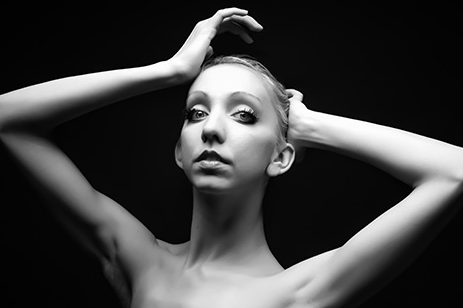 A rising dancer with the Pennsylvania Ballet was shown the door late last week after the Philadelphia-based organization determined her height would not be a proper fit with next season's scheduled shows.

At the end of her final performance as the Sugar Plum Fairy in "George Balanchine's The Nutcracker," 25-year-old Sara Michelle Murawski was told she would not be renewed as a principal dancer with the Pennsylvania Ballet. She joined for the 2016-2017 season in September and will remain under contract through the spring with full knowledge of her impending dismissal.

In a Facebook post last Friday, Murawski lamented that her worst fears in joining the Pennsylvania Ballet came true.

Murawski's international background includes time as a soloist with the Slovak National Ballet and several years spent with Germany's Semperoper Ballet. A native of Norfolk, Virginia, she trained at the Rock School for Dance in Philadelphia, eventually catching on with the Pennsylvania Ballet through the interested eye of artistic director Angel Corella.

An end of season purged is not uncommon for ballet companies, but Murawski suggests in her Facebook post that she was let go by Corella because of her height of 5 feet, 11 inches, not accounting for her performances on pointe.

The Pennsylvania Ballet told the Philadelphia Inquirer that letting Murawski go was about ensuring the right fit for the men and women who make up the company.

The company added that letting Murawski know her fate in advance would give her plenty of time to arrange her next destination.

Many who saw Murawski's initial Facebook post expressed frustration and disappointment that the Pennsylvania Ballet would justify its decision based on height, particularly since it already hired her knowing full well that she's tall.

"Never be ashamed of how you were created... tall, short, wide shouldered, dark, light, whatever..." one commenter said on Murawski's Facebook page. "These traits (over which we were given no control) are part of our inherent beauty. Never be ashamed... carry yourself with fierce passion and pride in your accomplishments and most of all give yourself freely to others."

"If Sara is too tall for the company men, then hire taller men," wrote another commenter. "Of course it is the woman who is deemed inadequate and fired."

"This is so sadly typical," another added. "Can't we do better with more responsibility toward our talented artists?"

Pennsylvania Ballet resumes its 2017 season March 9 with a run of Corrella's own "Le Corsaire," followed by "Romance" and "Re/Action" in the spring.