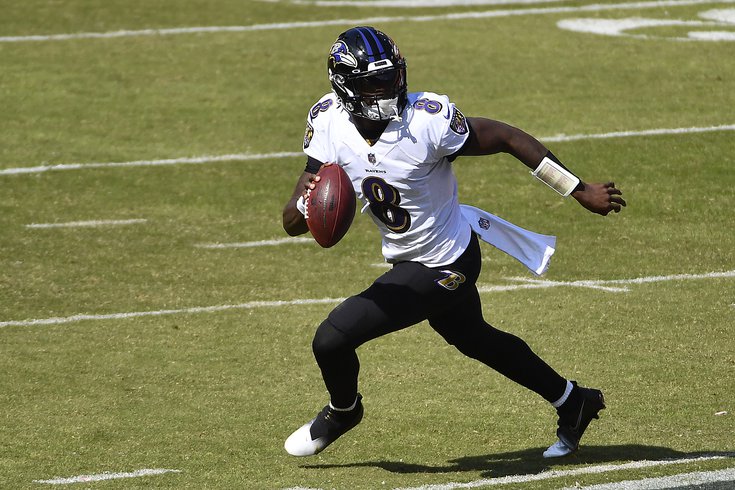 It's playoff time for most fantasy football team owners. And wouldn't you know it, a huge COVID outbreak has sent a ton of key players onto the reserve/COVID list this week.

All of that in addition to the regular slate of NFL injuries, including ones to Lamar Jackson, Josh Allen, Kareem Hunt and others.

With your fantasy title on the line, we're doing whatever we can to help. Below is a look at the latest on all the relevant fantasy injuries we could find, including information on the returns of several stars from their team's IR.

Jackson suffered a low ankle sprain in Week 14, which is better than a high ankle sprain. The team is operating under the assumption that he is going to play against the Packers next weekend. Fantasy owners should have a backup plan in place in case he is a late scratch.

Hunt has had some injury woes this season and he'll have at least one more to contend with, as he will likely not suit up for Cleveland's Saturday game this weekend due to an ankle injury. Whether this is a multi-week setback is still unknown.

Swift's shoulder injury has yet to land him on the team's IR despite him having missed back-to-back games, which in itself is a vote of confidence that he may be playing again soon. However it may not be in Week 15. Williams, his backup, was a scratch in Week 14 due to being placed on the reserve/COVID list. Williams should be in line to return for sure, with Swift's status dependent on if he can return to practice safely this week.

Perhaps just in time for the fantasy playoffs, Waller is likely to be upgraded from "out" to "questionable" ahead of the Raiders' next game. Which is good news for owners of the dynamic tight end who is working his way back from a knee injury. Pay attention to how much he is able to practice.

The ace wideout for Minnesota is working back from an ankle injury and his fantasy owners should expect a lot of "will he? won't he?" kind of talk as Monday Night approaches. Being that his team plays Monday, it may be best to err on the side of caution and have someone else ready to start.

Both of these key skill players were out in Week 14 due to COVID issues. Neither's status for Week 15 is yet known but obviously owners of each should pay close attention.

Gordon has been pretty good since returning from his last injury, but a sprained thumb knocked him out of the Broncos recent win. If he is unable to go, expect another big day from rookie Javonte Williams.

Philly's RB1 re-injured his previously hurt ankle back in Week 13. He had the bye week to rest the ailment and his status will likely be questionable this week. Keep an eye on his practice reps midweek.

After missing Week 13's win over the Jets, Nick Sirianni has made it clear that Hurts will return to start in Week 15. He is expected to be fully healthy.

Allen has a minor injury to his left foot that is being called a sprain. He is officially being listed as day-to-day, but with playoff positioning in the balance one could expect Allen to play through anything minor this coming week. Still, you never know. Have a backup plan in place just in case.

Moore has been disappointing this year after an impressive start to the season, and a day-to-day injury to his hamstring isn't exactly confidence inspiring for fantasy owners. His status will determine on how much be practices this week.

Mitchell will be a question mark this week and his fantasy owners should be prepared both for him to be on the bench — or to play.

Washington's best receiver has entered the league's concussion protocols. His status for Week 15 against the Eagles will depend on when he is able to complete them.

Harris was knocked out of New England's Week 13 win against Buffalo and had a bye week to recuperate. An update is expected Tuesday on his hamstring and availability for Week 15.

Good news for patient fantasy owners. The two best Jets rookies are expected to return from IR. Carter, who seized the top running back role before hurting his ankle, could be back as soon as Week 15. Moore's quad injury should only keep him out until Week 17.

Edmonds was designated to return from IR before Monday night's game but the team erred on the cautious side, and instead looks set to bring him back in Week 15 instead. It's unclear what his workload will be with James Conner crushing it ahead of him but he's worth keeping an eye on.

After scoring his first touchdown in years, Gordon may not be a fantasy play in Week 15 as he's landed on the COVID list (alongside more than 30 other NFL players) this week.

Ingram was on the COVID list too, but landed there last Wednesday. He may be good to go next week but will be behind Alvin Kamara on the depth chart either way.

There was an outbreak of COVID in Miami's running backs room and this trio will hopefully return from the COVID list soon. With Malcolm Brown injured as well, Duke Johnson could be the starter in Week 15. A lot is up in the air.

Mattison is another RB who tested positive for COVID. He is not vaccinated and will be quarantining for 10 days, missing Minnesota's next game. Luckily Dalvin Cook is looking good.

The oft-injured rookie was placed on the reserve/COVID list Monday.

Sanders had a knee injury shorten his Week 14, and according to Sean McDermott, he is likely to miss Week 15 as well.

Burkhead has a hip injury and his status for next week's game is up in the air. Royce Freeman could be a good pickup for fantasy owners if Burkhead is out.

All season long Chicago has had quarterback injury issues and this week is no different. Dalton and Fields each have hand injuries. Keep an eye on this situation as the weekend approaches to see who is in line to start.