Also, a look at the impact of Mason Rudolph's Week 5 concussion... 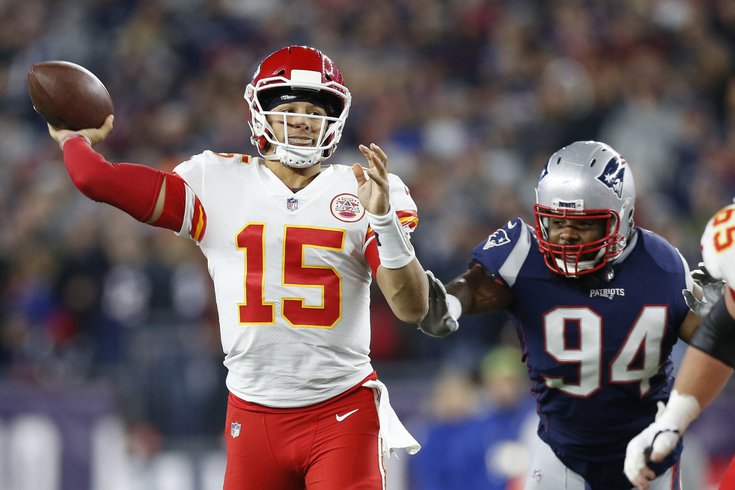 Fantasy football team owners are no doubt waiting patiently for the return of several big name players — like Saquon Barkley and Tyreek Hill — as the weeks continue to pass. However, several more equally important players sustained injury in Week 5.

Here's the latest on some of the players with the biggest fantasy impact:

It finally appears that Mahomes, the NFL's reigning MVP and all-around revelation, is actually human after all. It would be hard to argue that the Chiefs' first loss of the season Sunday night had nothing to do with an injury Mahomes forced himself to play through. His mobility and confidence in the pocket took a hit after Mahomes took the following tumble:

Here’s what happened to Patrick Mahomes’ ankle on that last drive: pic.twitter.com/OaSnu94DLC

His ankle injury was minor enough for him to fight through, and so there is little reason to doubt that even a 70% Mahomes will be playing in Week 6 against the Texans. Still, it's absolutely worth monitoring his status throughout the week as more information becomes available.

Another key offensive player for Kansas City got hurt Sunday night, as a hamstring injury sidelined Watkins and threatens to perhaps cost him more time. Tyreek Hill is nearing his return, so the timing may work out that one speedy receiver replaces another. If he misses some time the value of Mecole Hardman and Travis Kelce will only go up.

Way back on Thursday, the Rams lost to the the Seahawks and lost Cooks to what was revealed to be a concussion. The wideout is now in the concussion protocol and his status going forward is subject to whatever his doctors say. Cooper Kupp and Robert Woods make adding a wideout in his absence a fool's errand.

Another skill player is in the protocol with the Giants No. 2 running back nursing a head injury that could cost him Week 6, as the Giants play the Patriots on a short week Thursday night. There is a realistic chance Saquon Barkley returns in this one after practicing during the week. The Giants RB situation is fluid and deserves close attention.

Another in a lengthy list of horrible hits knocked the Steelers backup QB out cold Sunday, and he was taken to the hospital out of precaution.

Steelers’ QB Mason Rudolph was allowed to go home from the hospital tonight after being concussed earlier in the day, per source. Rudolph now is resting at home and will be in the NFL’s concussion protocol, a best-case scenario after the hit he took from Ravens’ S Earl Thomas.

The Steelers offense without Ben Rothlisberger already was forced to transform a bit, and it could happen again with Rudolph expected to miss a little bit of time. As far as we know right now, the No. 3 Devlin Hodges is the first team guy in the interim. He was 7-for-9 for 68 yards in relief Sunday and appears to be a quarterback who can, you know, pass (unlike the Jets' Luke Falk). Still, next week avoiding wide receivers on Pittsburgh might be wise if possible, with James Conner becoming much more valuable.