Fantasy football injuries: Updates on D'Andre Swift, Joe Mixon, Mike Evans and others ahead of Week 16 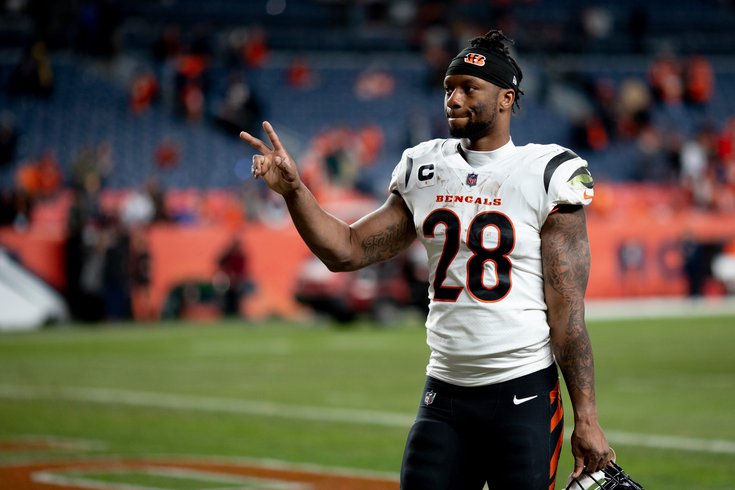 Will Joe Mixon be on the field in Week 16?

What a weird football week that, for most fantasy football team owners, was the start of the playoffs. With games spanning from Thursday all the way to Tuesday, there is surely no shortage of drama in at least one of the first-round matchups in your league with your friends.

As we have every week this fantasy season, we've compiled the latest news on all of the relevant injuries to key skill players and quarterbacks. Updates are below, and hopefully having some extra (or early) information can help you stay alive as you pursue a fantasy title.

We will note here, that with so many players going on and off the reserve/COVID list, we will give them a brief mention at the bottom, as those statuses can change quite quickly.

These are the three top wideouts for Tom Brady and the Bucs and there is news on each one to report. First Godwin, who was having the best season of the bunch, will miss the rest of the yeah after he tore his ACL in Tampa's Sunday night loss. Evans, who left the game with a hamstring injury, has a chance of playing in Week 16 but we won't know for sure until much closer to game time. And finally, Brown, who has been suspended due to allegedly using a fake vaccine card, appears to be heading toward the active roster again, as Tampa will pull no punches as it tries to get a first-round bye. Depending on how things play out with Evans, Brown could be a WR1 start in Week 16.

We have one more Bucs fantasy star to report on, as Fournette left Sunday's loss with a hamstring injury that appears to be worse than Evans'. If it indeed is and he misses next week, Ronald Jones II is likely a playable fantasy option.

After missing a few weeks of games with a shoulder injury, Swift is expected to be back in practice this week for the suddenly hot Lions. His return could be huge boost for his fantasy owners, who had trouble figuring out which RBs would take the carries in his (and Jamaal Williams') absence.

Mixon hurt his ankle last week and is expected to start the week as a limited practice participant. This is one of those all important injuries to a player who could win you your playoff match and if you are a Mixon owner, having a backup plan or making sure you have his understudy Samaje Perine on your roster will be key.

Jackson missed a memorable Week 15 loss for the Ravens and his status for next week is still a fluid situation. However, reports say that he could be back in practice Wednesday which will be a good sign that his return could come later this weekend.

There was some hope that Waller, a top 5 tight end in the NFL, would be able to come back from knee and back injuries Monday night but that didn't happen. Hopeful fantasy owners will have to be patient for another week and keep an eye on his practice status ahead of Week 16.

Pittsburgh's rookie breakout tight end was concussed in his team's dramatic win this past weekend and will work his way through the concussion protocol this week.

Another rookie star, Mitchell is still struggling to get back on the field with a knee injury. He was estimated as a non participant by the Niners on Monday. If he doesn't see the field during practice he'll be out for another game.

Foreman has emerged as Tennessee's top Derek Henry replacement, but after a few weeks of very solid play he may have issues staying on the field with an ankle injury that is worth keeping an eye on this week. He was limited on the Titans' estimated Monday practice report.

Jones has a hamstring injury and was held out of practice Monday, but stud wideout A.J. Brown has been activated from the IR and could return for a depleted Titans offense in Week 16. If you've held onto Brown all this time, you may be rewarded soon.

Harris tried to play before Saturday night's game but wasn't able to. He was limited all week with a hamstring issue and it is unclear whether it was a setback that held him out. His status going forward is one to monitor.

This duo of wideouts each sustained a head injury in Week 15 and are in the NFL's concussion protocol. Keep an eye on their status if you hope to play either.

The Cards' rookie receiver has had an up and down season, but an ankle injury could all but end his fantasy relevance. He is undergoing an MRI this week.

Bridgewater sustained a pretty bad concussion in Denver's Week 15 loss and he is not expected to be able to play next week. Drew Lock will be the starter if Bridgewater doesn't show vast improvement.

The Giants have been bitten hard by the injury bug on offense this season, and Shepard is just the latest piece of bad news. He tore his Achilles and is done for the year.

Griffin has a knee injury and will likely not be playing in Week 16, the team says.