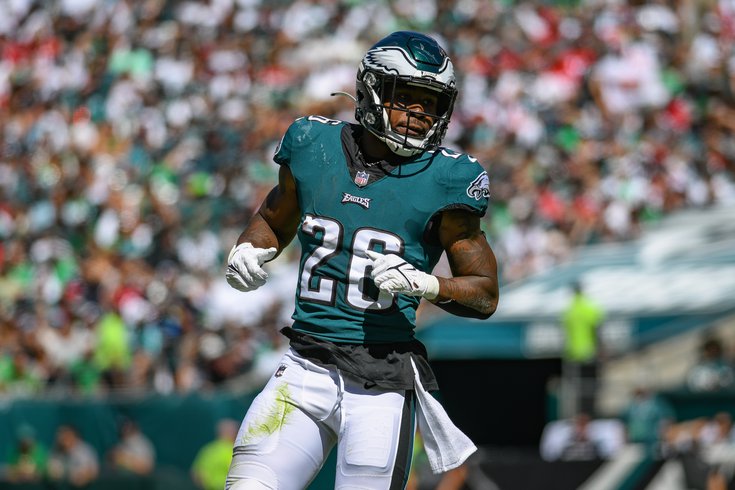 With a trio of games Thursday, lineup decisions need to be made a day sooner this week — which is why we are unleashing our sit/start advice ASAP to help as many fantasy team owners as we can.

At this point in the season, recognizing good matchups and volume opportunities, and pulling the trigger on the right player can make the difference between making the playoffs and thinking about your 2022 draft before December even arrives.

We won't waste your time telling you to start Dalvin Cook or Devante Adams. Instead, let's take a look at a player at each position we think is a great start this week, and one we think could be a tough but necessary benching in Week 12 action:

Russ has had back-to-back stinkers and the losing Seahawks could be quitting on the season soon. However, Washington has served an interesting role this season, offering numerous teams fresh off stinging losses chances for redemption. The Chiefs did it. The Buccaneers did it. The Seahawks could be next. Wilson is slowly regaining his star form and his talent should earn him one more week of good will before he's thrown to the waiver wire by frustrated owners this season.

The Titans offense is falling to pieces. Derrick Henry is already on the shelf for at least a few more weeks. A.J. Brown and Julio Jones can barely stay on the field. The weapons available to the Titans this week will force you to do a google search to figure out who the heck they are. Oh yeah, and the Patriots defense has been formidable of late as New England fights for the No. 1 seed in the AFC. Stay away from Tannehill if you have any other options.

The Eagles offense is run-happy to say the least. And with bruising back Jordan Howard likely to miss this one, Sanders is most assuredly going to be getting fed. He had fumble issues last week, which is enough to give his owners pause, but against a malleable Giants defense in Week 12 there won't be a better spot to fire up Sanders this year. Just hope he can handle the ball.

Gaskin could win the award for most ridiculously inconsistent fantasy regular this season. His production (.5 PPR), over his last eight games :

Stats don't lie. Gaskin is due for a stinker. He also is facing a Panthers defense that is decent against the run.

If you are an owner of Moore and haven't read the tea leaves yet, he is playing like the real deal. The rookie wideout has surpassed double digits in five consecutive games with five TDs. He has combined for 62 (.5 PPT) fantasy points in his last three games. While it might be a little off-putting that the team has QB issues — with Mike White and Joe Flacco heading to the COVID list this week and oft-injured rookie Zach Wilson pretty raw still — Moore has proven he can produce no matter who is under center. He might be a no-brainer start the rest of the way, particularly in Week 12 against the Texans defense.

Setting aside that the Ravens defense is one of the NFL's better units, you should want no part of the Browns passing game, which has really had no identity or stars since Odell Beckham was cut. Landry, who is the leader in targets, has a nagging knee injury and without having dynamic playmaking ability he is really touchdown or bust. He and his fellow wideouts are stay aways right now.

Yes, there a lot of mouths to feed for Matt Stafford and the Rams, but Higbee caught the team's only touchdown pass last week and he has been getting consistent targets all season. The Packers have a stout defense but have been susceptible to tight ends this year, creating an opening for Higbee. He's a good option in Week 12.

Having the Lions on the schedule usually perks up the ears, but Kmet has not been good lately and with Andy Dalton coming back in this one, not much of the Bears offense is reliable. Detroit has also been sneaky good against tight ends this season.