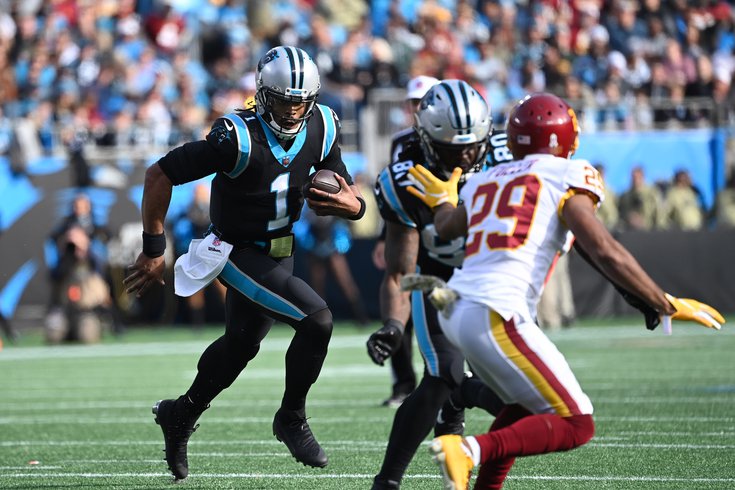 It's kind of a weird week for fantasy owners. With three games on Thursday, the timeline has kind of been moved up for making a lot of roster decisions — which kind of meshes with the waiver wire period which typically runs on Wednesday or Thursday in most leagues.

There have also been fewer injuries in recent weeks, which is good. But it does limit the desirable options on waivers for teams who have key players on byes in Week 12 on the Chiefs and Cardinals.

And so, as we do every week, we'll try our best to present you with some options on the free agent front. Below we've singled out a handful of guys (and one we like the most) at each fantasy position to target.

Newton is back as the Panthers QB1 and he's burst back onto the fantasy scene. In his Week 11 start, he scored three total touchdowns — including one on the ground — and didn't turn the ball over. The Panthers are slated to face the Dolphins, who have been pretty good of late. Even though the matchup might be tough, Newton's ability to run the ball as good as he does puts him above most of the other available QB streaming options.

The options at running back aren't great, and with only one injury to a starter last week — New York rookie Michael Carter — it's his backup Johnson who could be a serviceable play this week. He's gotten a lot of third down and situational work with Carter healthy and should get more early-down work now. Tevin Coleman will serve as the No. 2 while Carter works back from an ankle ailment.

This one is a no-brainer, but he's likely to be an extremely temporary option. With a short week ahead, the Cowboys are expected to be missing both Amari Cooper (COVID) and CeeDee Lamb (concussion) on Thanksgiving Day. That leaves Michael Gallup — who is already rostered in most leagues — and Wilson as the top receiving options for an offense that likes to go to the air. Don't break the bank for Wilson, but if you are missing one of the two Dallas star receivers he's worth a stab on the waiver wire.

Without any real solid options at tight end, a desperate fantasy owner might be served well looking into Hooper, who has a respectable 42 targets on the season and has been the second leading pass catcher since Odell Beckham was traded. With wideout issues (Donovan Peoples-Jones has been hurt), Hooper and the tight end group have been more relevant of late. That could continue vs. Baltimore.

The Texans, you might ask? Yes — they had four interceptions, a fumble recovery and two sacks against the Titans last week in their upset win and will be facing a much worse offense in the Jets this week. Grab them if you need a defense this week.